Farmers use this tool, though?usually a little later in the year. Check the length–that’s a yardstick. 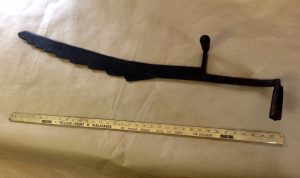 It is a Hay Knife. It’s used to cut sections of hay from a stack. This version is an American improvement on an English tool, invented in the 1870s. The picture of the ad is from the British Museum.

Also, if you search for “lightning hay knife” in your browser,?there are videos of folks using them. 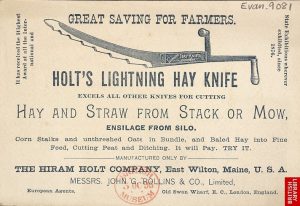