This spring I was traveling in the south and made a slight detour to see the sights in Scotia, North Carolina. Now this is a place that Google Maps knows about, but maps of North Carolina and Tyrrell County don?t seem to have it listed. In fact the only reference I found in my quick research was a record of the will of Eliachim Swain, from Tyrrell County NC, written in 1812. One of his bequests to his children was a 100-acre tract of land ?known by the name of Scotia.? Apparently the Swains first came to Nantucket in the 1600s, and at least some of the family moved to North Carolina.

Nevertheless, it turned out to be an interesting spot?not far from Albemarle Sound, just west of Kitty Hawk and Cape Hatteras, and very close to the small town of Columbia. There are only a few houses around, and Scotia Rd., which might have made an appropriate picture, didn?t have a street sign. These views show the rural agricultural area, which sits among the swamplands of eastern NC. Very close by is the Alligator River National Wildlife Refuge. There are wetlands and marsh with several types of forest, and lots of water. The many habitats provide homes for a wide variety of species. Wildlife includes black bear, alligator, and the re-introduced red wolf, as well as many different birds, both resident and migratory. You can read more at https://www.fws.gov/refuge/Alligator_River/wildlife_and_habitat/wildlife_and_habitat_general_information.html. 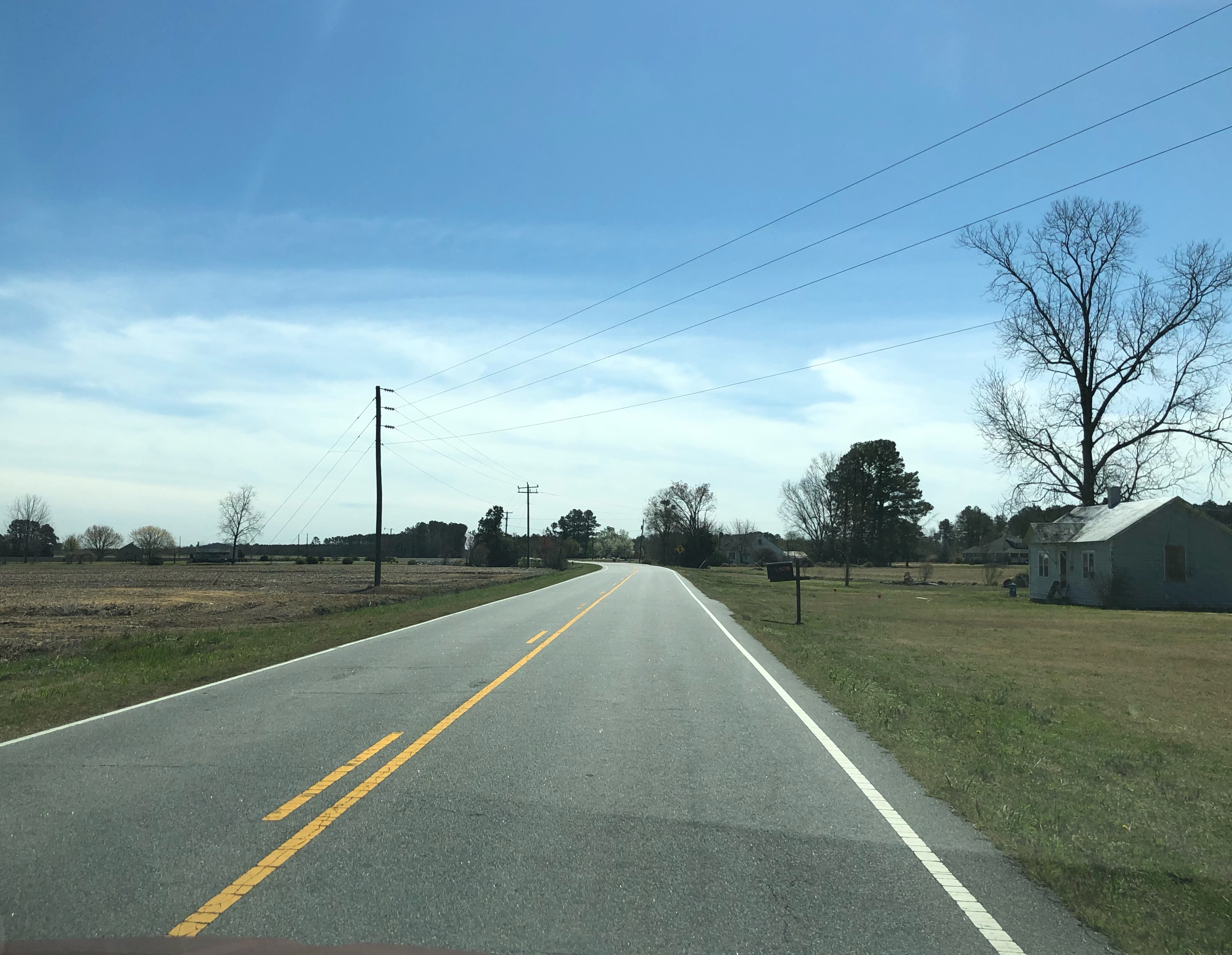 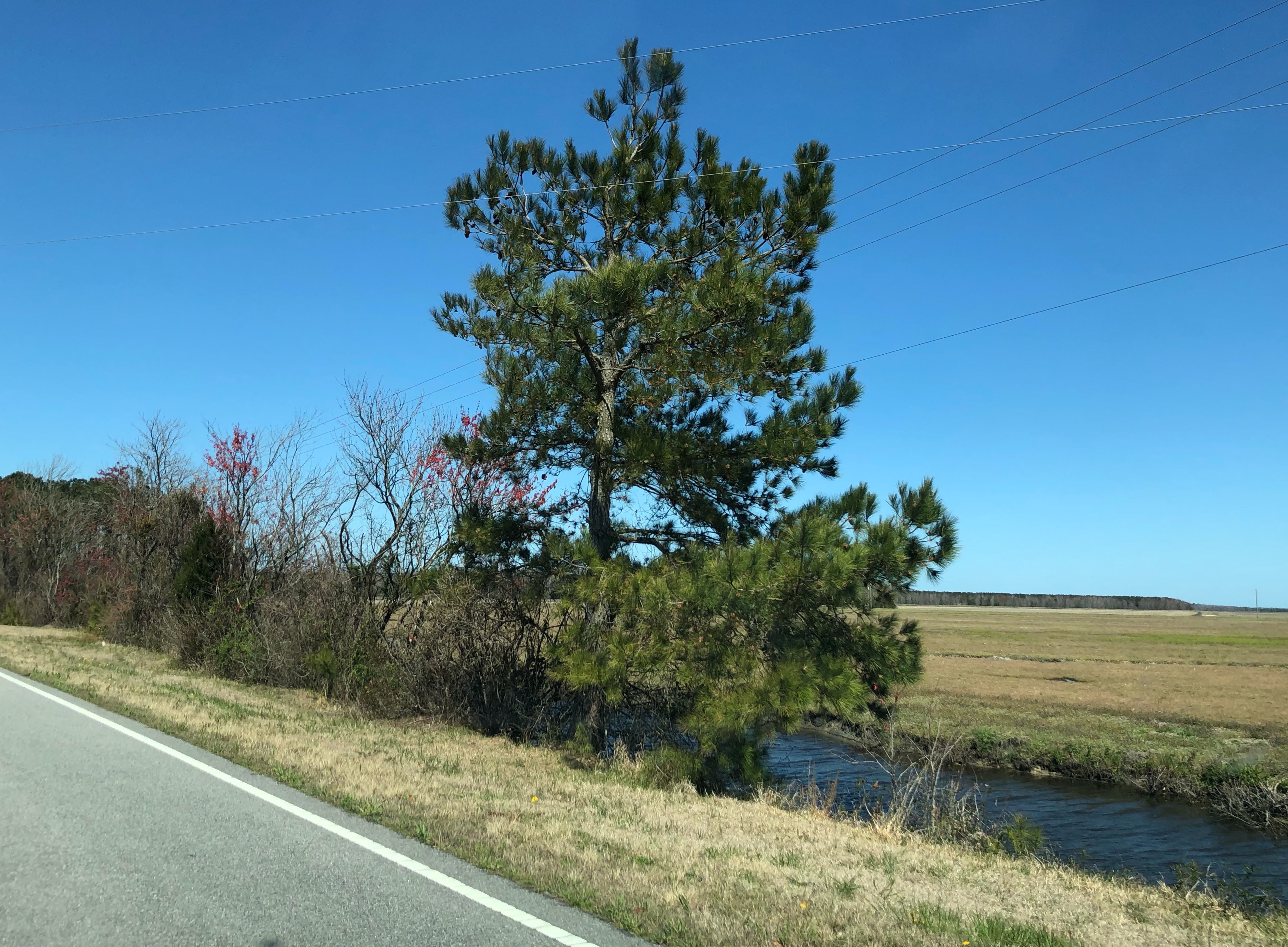 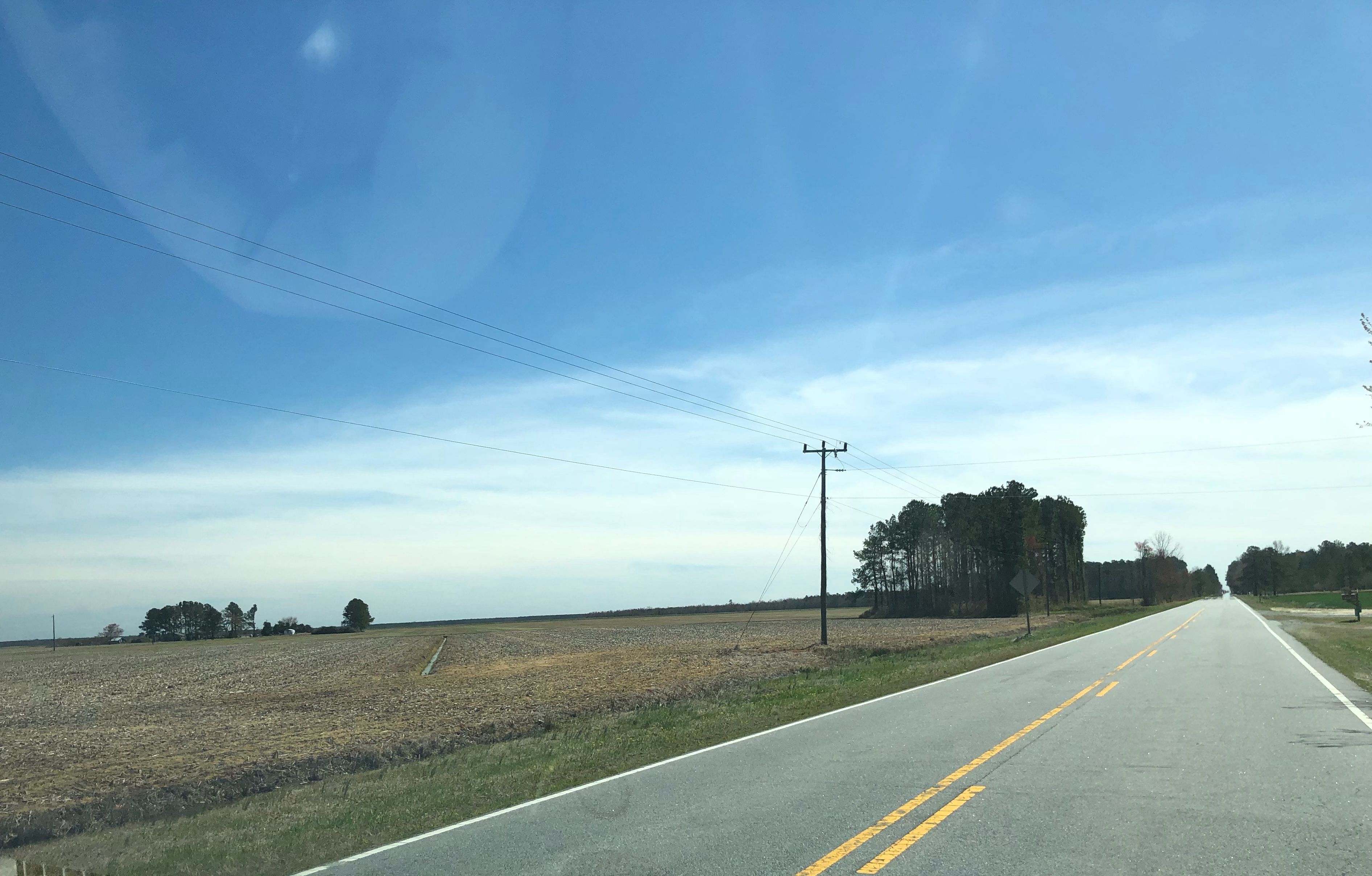