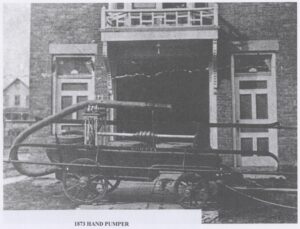 The Village of Scotia Fire Department was formed in 1873 after a string of arson fires within the community. After a meeting of village residents, the Neptune Engine Company was formed and a hand-drawn pumper was purchased from the Schenectady Locomotive Works. As well, Charles Sanders and Charles Collins began a fund drive to build cisterns to provide water. In 1908, the village built a fire station on Mohawk Avenue, the same station used today. With the growth of General Electric and the Schenectady Locomotive Works in the City of Schenectady, the village saw the need for a hook and ladder company. In 1910, the John Miller Hook & Ladder Company was formed, and a horse drawn hook and ladder was purchased. Five years later, the departments first motorized equipment was purchased. During the 1920s, the first paid staff were hired under the direction of Chief William Wayand. 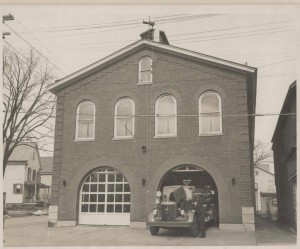 Over the years, the department has grown and evolved to meet the needs of the Village of Scotia and Glenville District 4. The Neptune Engine Company and John Miller Hook & Ladder Company merged to form the Scotia Fire Department. Today, the department is comprised of career and volunteer members under a paid chief. Our station remains in the same building, including features designed for horse drawn apparatus, and continues to be a landmark for the village.

In 2019, the Scotia Fire Department responded to 1,688 calls. To handle these incidents, our staff has received a wide range of training to include fire suppression, emergency medical services, auto-extrication, and water/ice rescue. The departments apparatus include two fire engines (pumpers), a truck company (ladder), a rescue unit, and a water rescue boat.