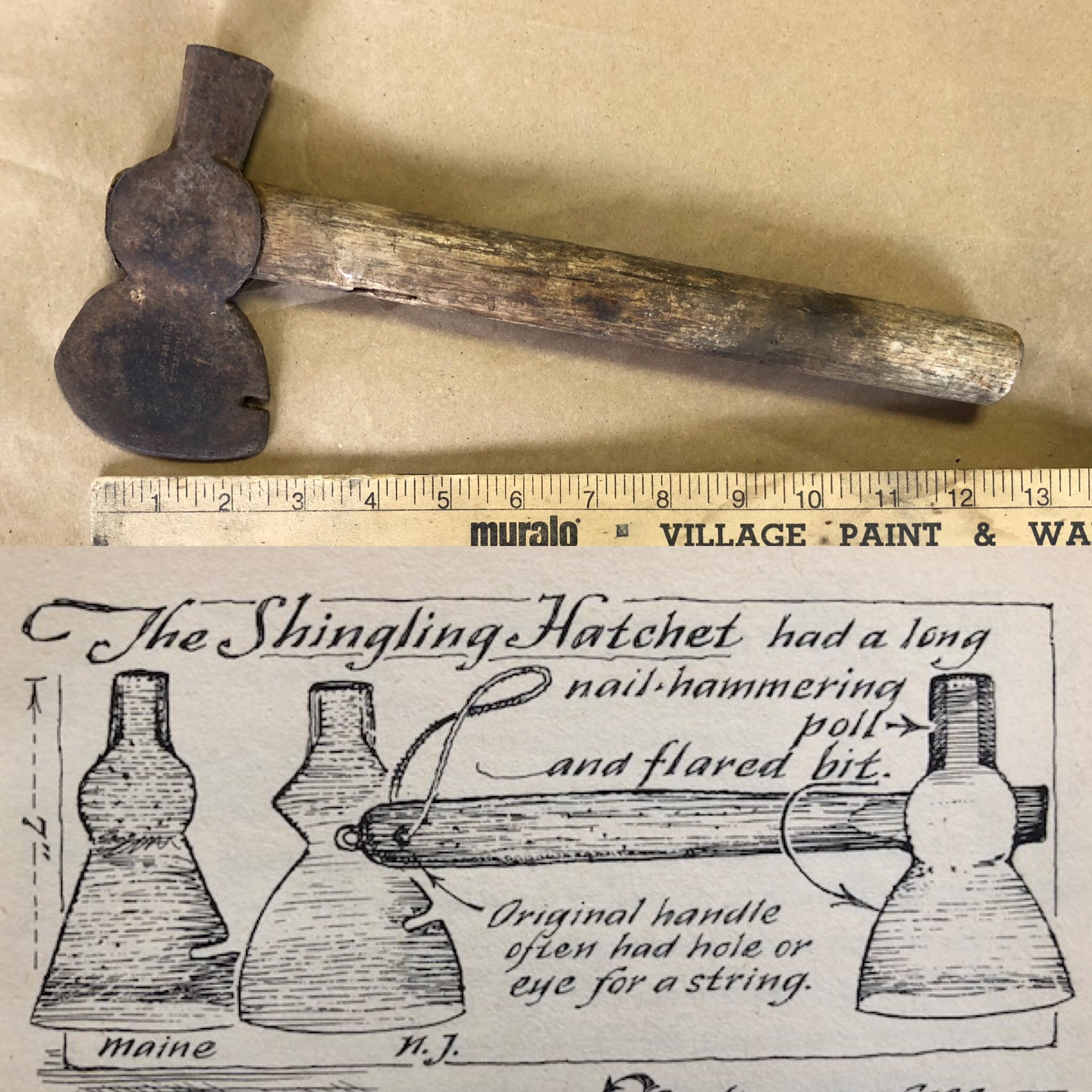 This is a shingling hatchet–it could trim wood, serve as a hammer, and the notch could remove nails. (The shingles would have been wooden ones.)

Some sources call this a carpenter’s hatchet, and you can find a few YouTube videos about using this type of hatchet for any small wood-shaping task, such as trimming pieces to make camp furniture.

(Illustration from A Museum of Early American Tools by Eric Sloane)