In 1979, for Scotia’s 75th anniversary celebration, the Schenectady Gazette published a special supplement full of articles about Scotia and its history. Included is this item:

The first picture shows the bridge from a distance, where the entrance does seem a little ominous; the second is a closer view that shows its construction more clearly. The tracks along the Dyke are trolley tracks, which also cross the bridge. 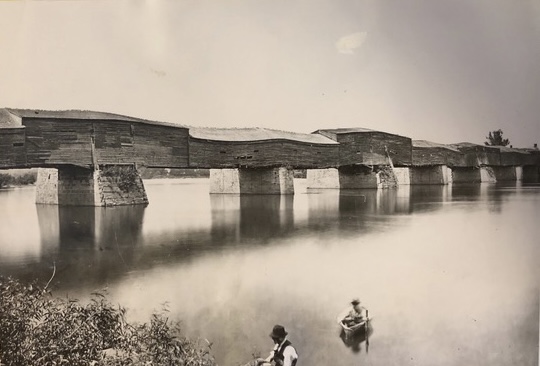