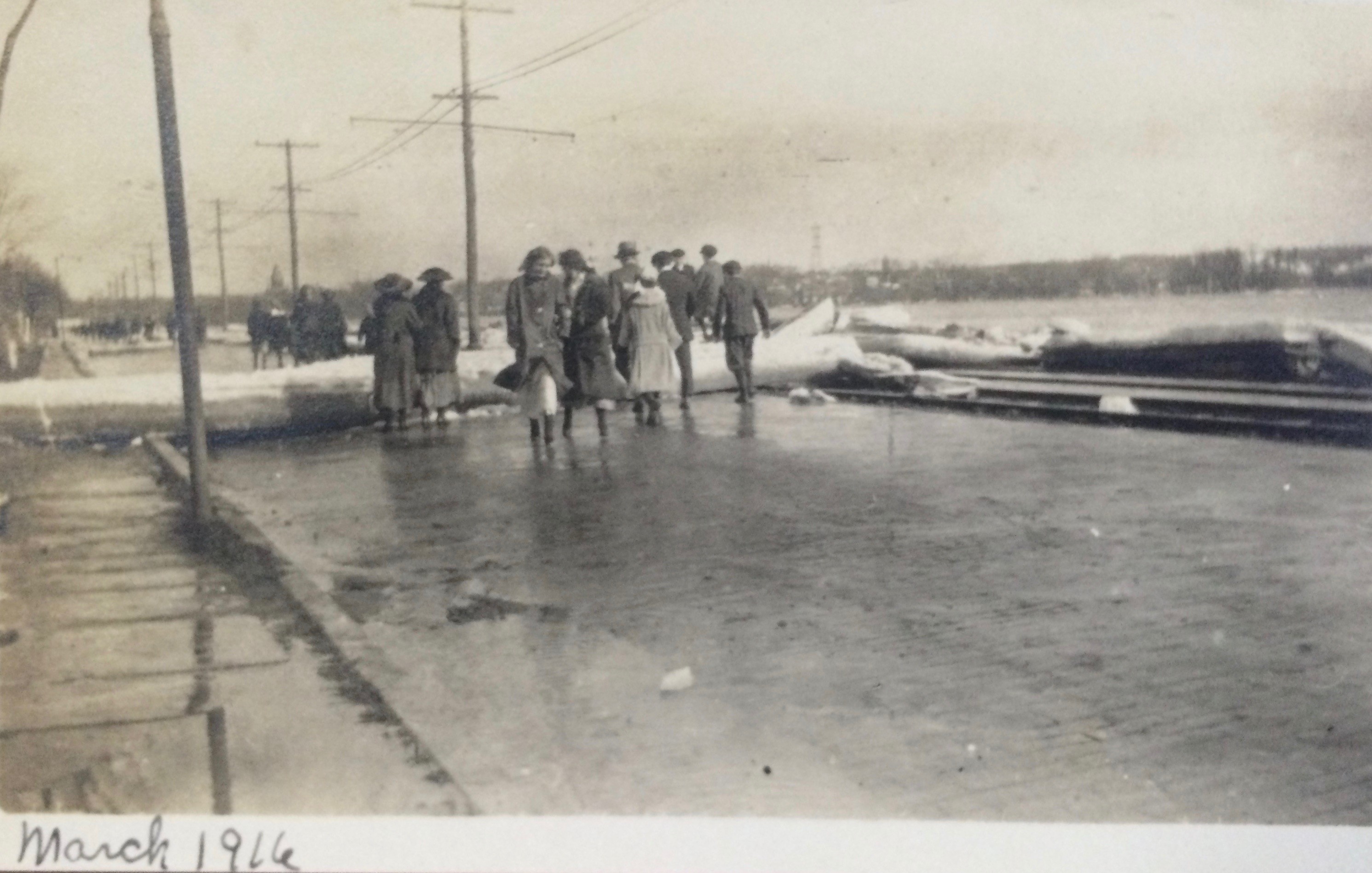 We haven?t had any ice jams this year so far, but they are a common occurrence along the Mohawk River in the spring.

From pre-colonial times through the early settlements, a road ran along the north shore of the Mohawk through the area of Scotia.

When the first bridge was built in 1808, it joined Washington Ave. in Schenectady to the junction of Washington and Schonowee Ave. in Scotia.

?Sooner or later, nearly everyone in Scotia-Glenville passed along this river flats road. Travelers were often hampered by floods and wet conditions. The floods of 1811 were so severe that bids were advertised and a $1500 contract let to John Sanders of Scotia to build a dike on which the road could be raised. Earth for the dike was scraped up from the flats on both sides and the surface was covered with gravel. The contract specified that this new dike was to be two feet higher than the nearby ?Deborah Glen Dike,? which had protected the Glen-Sanders mansion from flooding since before the revolution.”

[Quote from the Special Bicentennial Section of the Scotia-Glenville Journal, July 21, 1976. No byline on the article.]

In this photo you can see, on the south (river) side, the trolley tracks. The trolley line was?extended to Scotia?in 1902.