From the Clippings Collection 2

Home / Historian / From the Clippings Collection 2

Transcription of this article is below the photo. 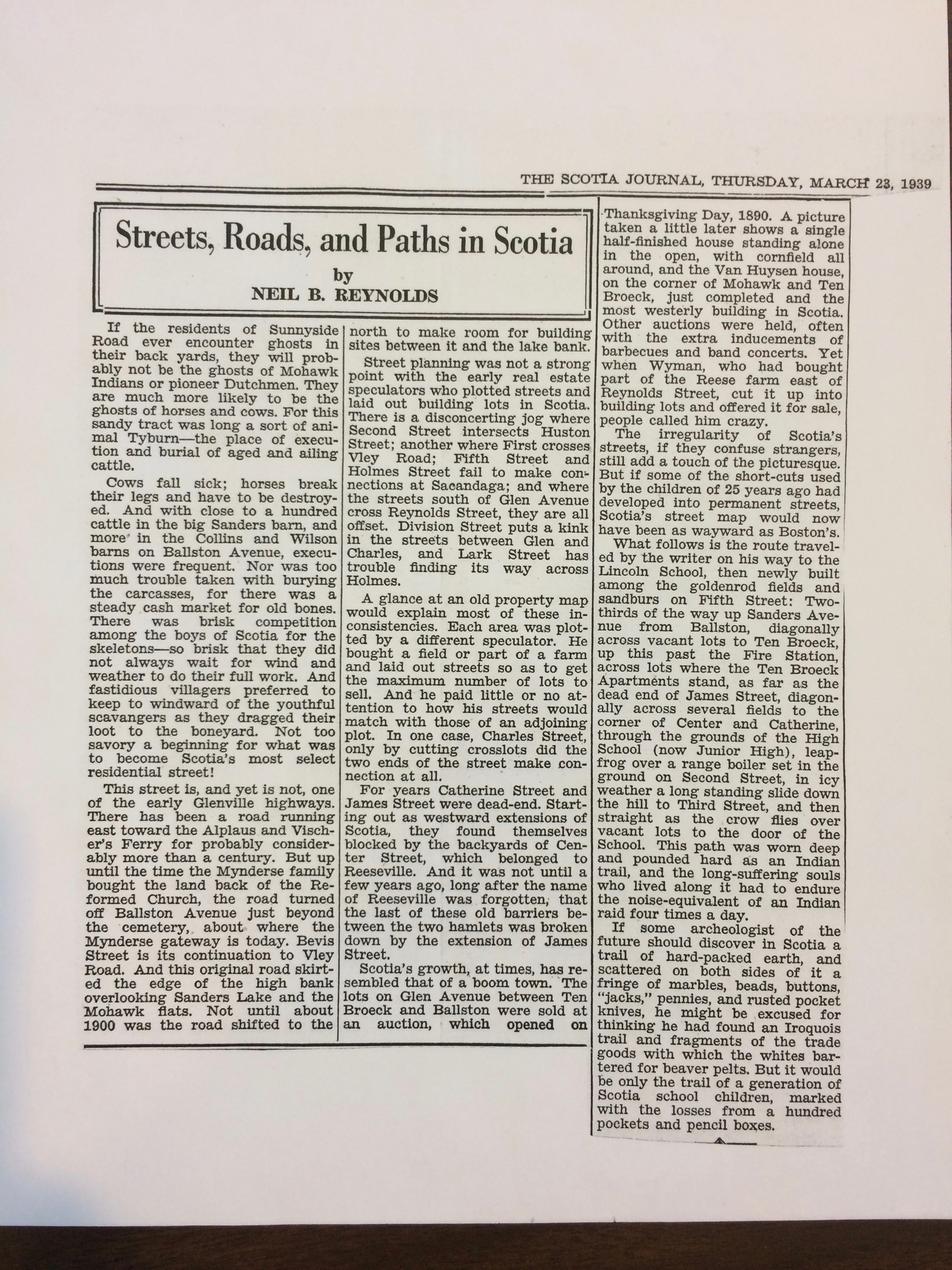 Streets, Roads, and Paths in Scotia
Neil B. Reynolds in The Scotia Journal, March 23, 1939

If the residents of Sunnyside Road ever encounter ghosts in their back yards they will probably not be the ghosts of Mohawk Indians or pioneer Dutchmen. They are much more likely to be the ghosts of horses and cows. For this sandy tract was long a sort of animal Tyburn?the place of execution and burial of aged and ailing cattle.

Cows fall sick; horses break their legs and have to be destroyed. And with close to a hundred cattle in the big Sanders barn, and more in the Collins and Wilson barns on Ballston Avenue, executions were frequent. Nor was too much trouble taken with burying the carcasses, for there was a steady cash market for old bones. There was brisk competition among the boys of Scotia for the skeletons?so brisk that they did not always wait for wind and weather to do their full work. And fastidious villagers preferred to keep to windward of the youthful scavengers as they dragged their loot to the boneyard. Not too savory a beginning for what was to become Scotia?s most select residential street!

This street is, and yet is not, one of the early Glenville highways. There has been a road running east toward the Alplaus and Vischer?s Ferry for probably considerably more than a century. But up until the time the Mynderse family bought the land back of the Reformed Church, the road turned off Ballston Avenue just beyond the cemetery, about where the Mynderse gateway is today. Bevis Street is its continuation to Vley Road. And this original road skirted the edge of the high bank overlooking Sanders Lake [now Collins Lake] and the Mohawk flats. Not until about 1900 was the road shifted to the north to make room for building sites between it and the lake bank.

Street planning was not a strong point with the early real estate speculators who plotted streets and laid out building lots in Scotia. There is a disconcerting jog where Second Street intersects Huston Street; another where First crosses Vley Road; Fifth Street and Holmes Street fail to make connections at Sacandaga; and where the streets south of Glen Avenue cross Reynolds Street, they are all offset. Division Street puts a kink in the streets between Glen and Charles, and Lark Street has trouble finding its way across Holmes.

A glance at an old property map would explain most of the inconsistencies. Each area was plotted by a different speculator. He bought a field or part of a farm and laid out streets so as to get the maximum number of lots to sell. And he paid little or no attention to how his streets would match with those of an adjoining plot. In one case, Charles Street, only by cutting crosslots did the two ends of the street make connection at all.

For years Catherine Street and James Street were dead-end. Starting out as westward extensions of Scotia, they found themselves blocked by the backyards of Center Street, which belonged to Reeseville. And it was not until a few years ago, long after the name of Reeseville was forgotten, that the last of these old barriers between the two hamlets was broken down by the extension of James Street.

Scotia?s growth, at times, has resembled that of a boom town. The lots on Glen Avenue between Ten Broeck and Ballston were sold at an auction, which opened on Thanksgiving Day, 1890. A picture taken a little later shows a single half-finished house standing alone in the open, with cornfields all around, and the Van Huysen house, on the corner of Mohawk and Ten Broeck, just completed and the most westerly building in Scotia. Other auctions were held, often with the extra inducements of barbecues and band concerts. Yet when Wyman, who had bought part of the Reese farm east of Reynolds Street, cut it up into building lots and offered it for sale, people called him crazy.

The irregularity of Scotia?s streets, if they confuse strangers, still add a touch of the picturesque. But if some of the short-cuts used by the children of 25 years ago had developed into permanent streets, Scotia?s street map would now have been as wayward as Boston?s.

What follows is the route traveled by the writer on his way to the Lincoln School, then newly built among the goldenrod fields and sandburs on Fifth Street: Two-thirds of the way up Sanders Avenue from Ballston, diagonally across vacant lots to Ten Broeck, up this past the Fire Station, across lots where the Ten Broeck Apartments stand, as far as the dead end of James Street, diagonally across several fields to the corner of Center and Catherine, through the grounds of the High School (now Junior High), leap-frog over a range boiler set in the ground on Second Street, in icy weather a long standing slide down the hill to Third Street, and then straight as the crow flies over vacant lots to the door of the School. This path was worn deep and pounded hard as an Indian trail, and the long-suffering soul who lived along it had to endure the noise-equivalent of an Indian raid four times a day. [Kids went home for lunch every day.]

If some archaeologist of the future should discover in Scotia a trail of hard-packed earth, and scattered on both sides of it a fringe of marbles, beads, buttons, ?jacks,? pennies, and rusted pocket knives, he might be excused for thinking he had found an Iroquois trail and fragments of the trade goods with which the whites bartered for beaver pelts. But it would be only the trail of a generation of Scotia school children, marked with the losses from a hundred pockets and pencil boxes.

Photo of the Beers Atlas, 1866, Town of Glenville, showing the division between Scotia and Reeseville. Many versions of this map are available online. 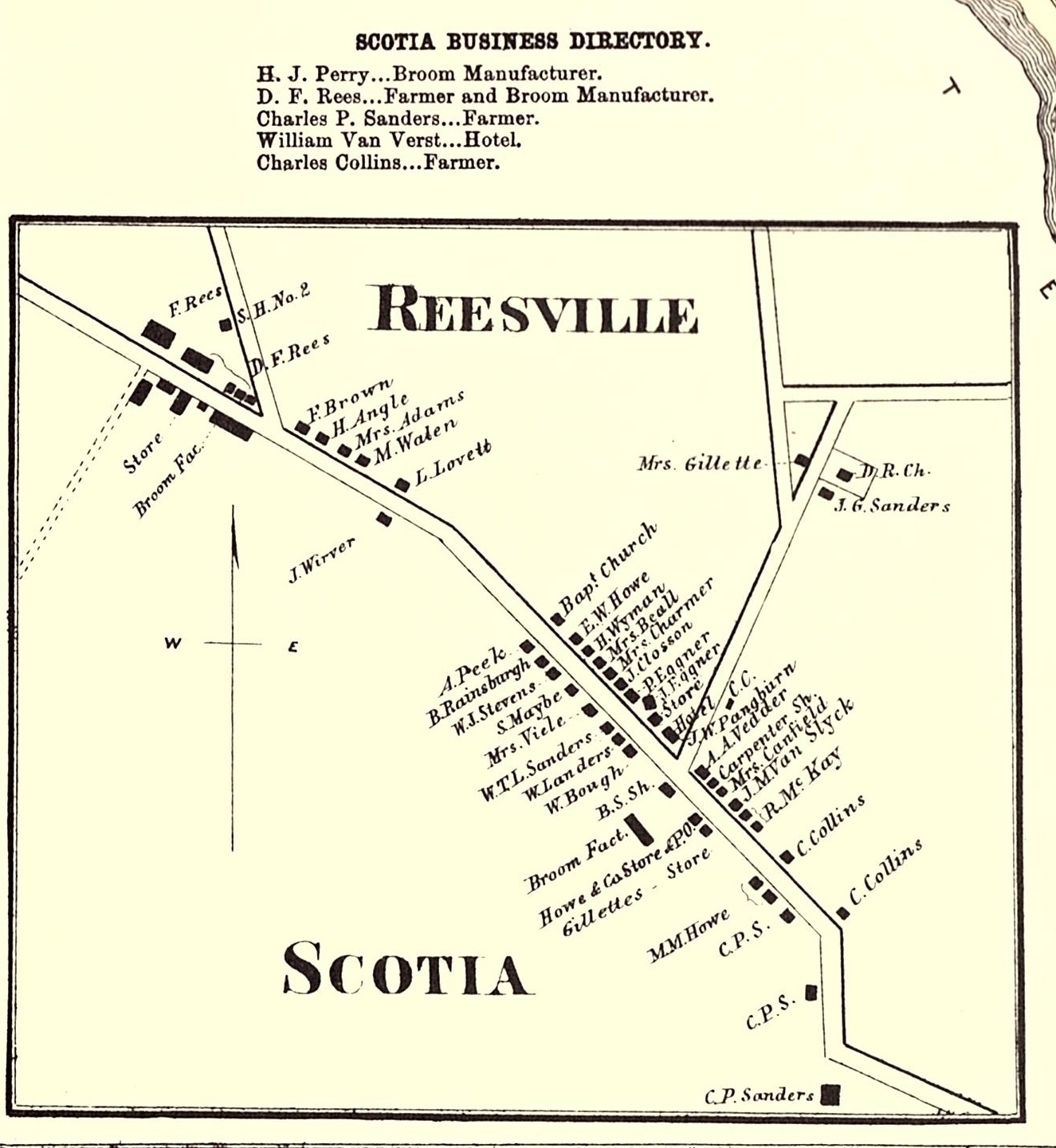 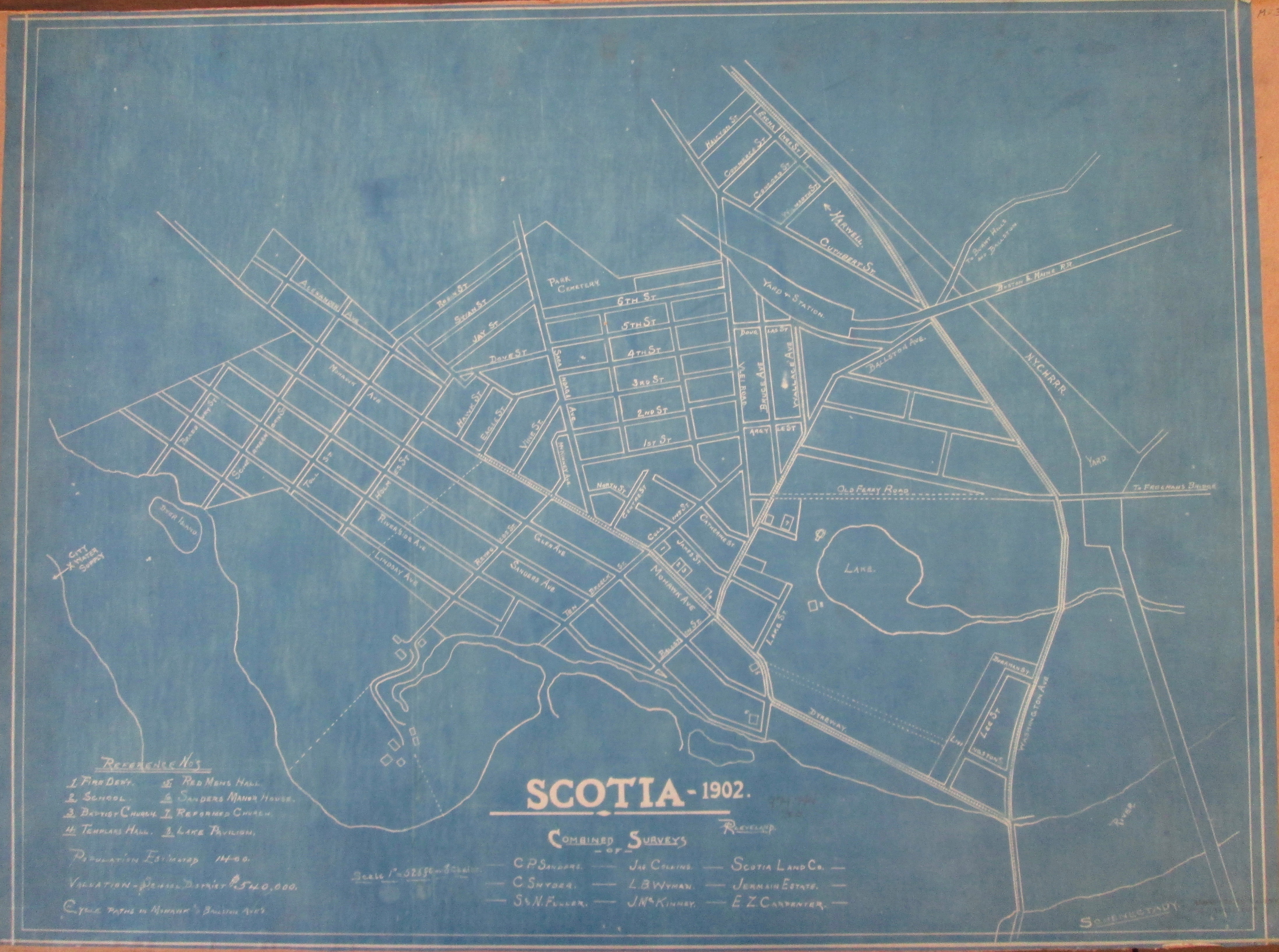 One view of Scotia in its early years as a suburb. Again, many versions of this photo are available from many sources. 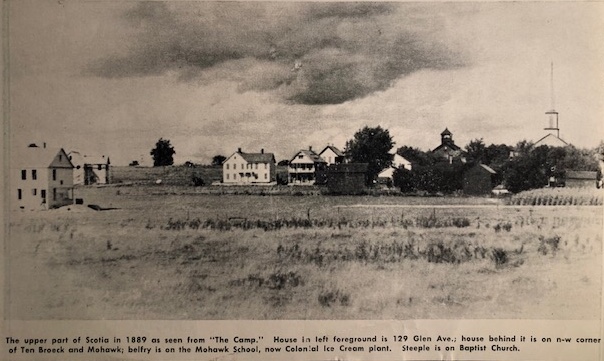 The old Lincoln School, beginning of a series of photos of its demolition in the late 1970s. 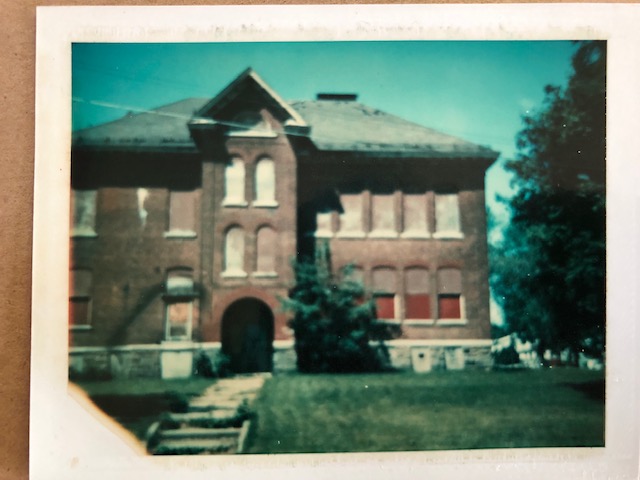