While the Village was incorporated in 1904, Scotia is also celebrating its 360th birthday this year.

Despite what it says on the marker (located on the edge of the Glen-Sanders Mansion parking lot), most sources agree that Alexander Lindsey Glen?who appears in Dutch records as Sander Leendertse?built his house on the Mohawk in 1658 and called it Scotia, Latin for his homeland of Scotland. He chose a fertile spot on the river, at the point where the Native Americans crossed over to the south side. He was the first European to settle on the north side of the Mohawk River.

When Schenectady was formed in 1661, Glen was one of the original proprietors, and is the only one whose gravesite is known. (It?s right on Ballston Ave.)

Because the first home site was prone to flooding?we just experienced this year?s version, as you can see in the photo?Alexander?s son, Johannes, rebuilt in 1713, up above the river.

We?ll be planning some fun events for our 360th year, and will be posting more about Alexander Lindsey Glen and his family. Now that so many more old Dutch documents have been translated by the New Netherland Institute, there is much new information to share.

If you are interested in more historical markers, try the book The Markers Speak by John J. Birch. It?s available at the library. 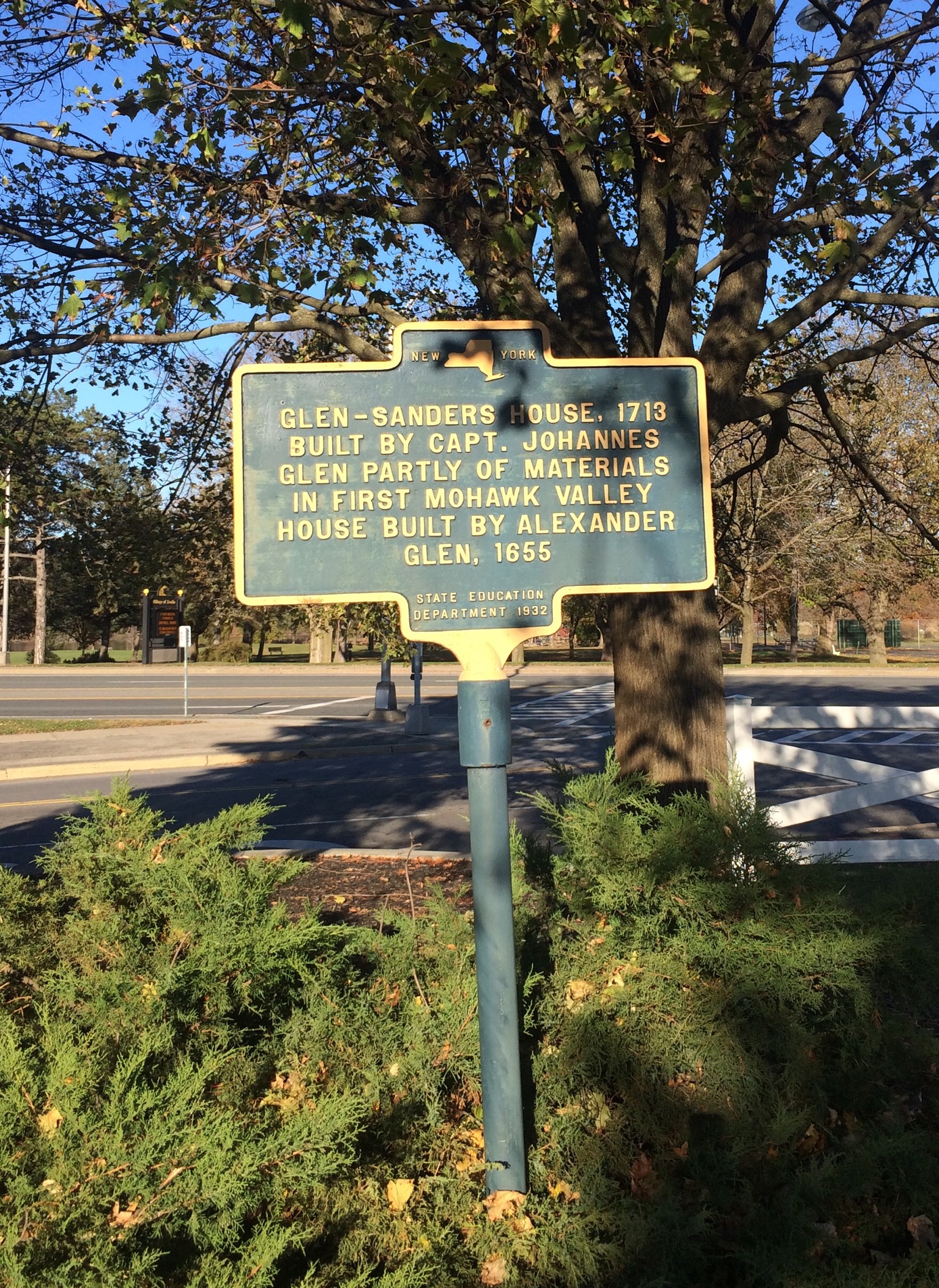