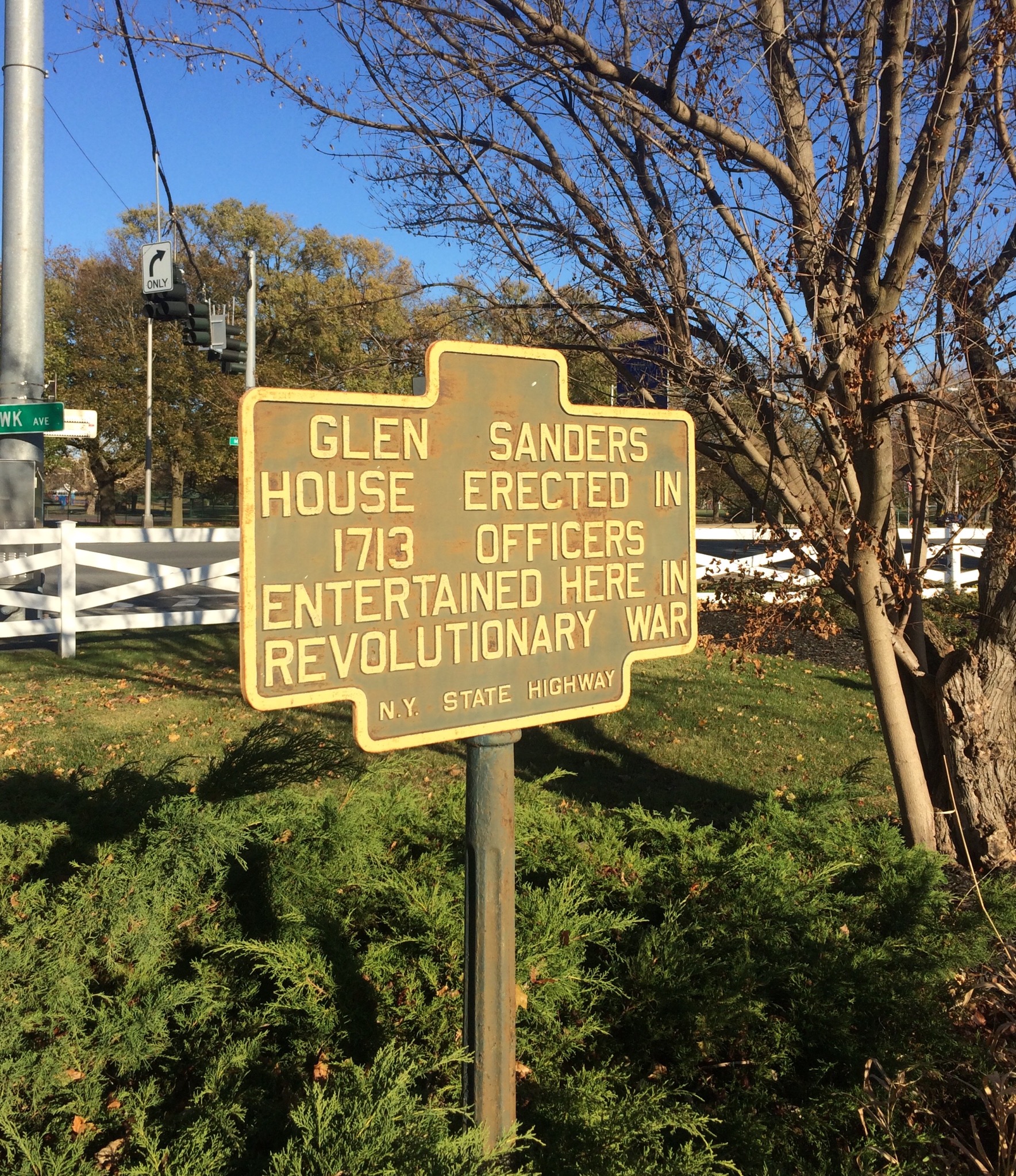 Finding out more about this sign, which stands near the Glen-Sanders Mansion, was surprisingly difficult, and there is more research to do!

Wondering who those Revolutionary officers were, I went to the New York State Archives, where information about all the state signs?date erected, original papers outlining the source material?
is held. After looking at the Schenectady County files, I discovered that the records there only pertain to signs put up by the State Education Department. As you can see, this sign, as well as the one that just says ?Mohawk River? are marked ?N.Y. State Highway.? I?ve yet to find the person who can tell me where those records might be.

Still curious, I looked a little deeper into the Glen family. During the revolution, the Mansion was occupied by John Sanders and Deborah (Glen) Sanders. As you may know, Deborah was the last Glen to live there. She had two cousins who were officers: John Glen and Henry Glen. They both knew Gen. Philip Schuyler, and there is an unsubstantiated but oft-told story that George Washington may have had tea at the Mansion during one of his visits to Schenectady. (After the war, Henry Glen traveled in 1795 to Cooperstown with Alexander Hamilton.) Both of the Glens appear in letters written to and from the Founding Fathers, including George Washington. Try searching for them at https://founders.archives.gov/ to learn more!

Deborah also had many aunts and they had married into several of the well-known local families. Officers and soldiers with the names of Van Dyck, Lansing, Fonda, Vedder, and Van Eps may well have visited at Deborah?s home.

Though not yet discovering what Revolutionary officers were in the mind of the person writing the text for the historical marker, I did find that there was much opportunity for these visits to have taken place, and that there may be more stories to uncover.

If you know more about these folks and would like to write up a short biography or other story for the blog, please get in touch at historian@villageofscotiany.gov.