Last time I transcribed a Neil Reynolds column from 1938 about Scotia and Reeseville. This time I’m posting some Then-Now photos of the places mentioned in that column, in the order they appear. First, this view of Scotia from about 1892, taken from Riverside Ave. 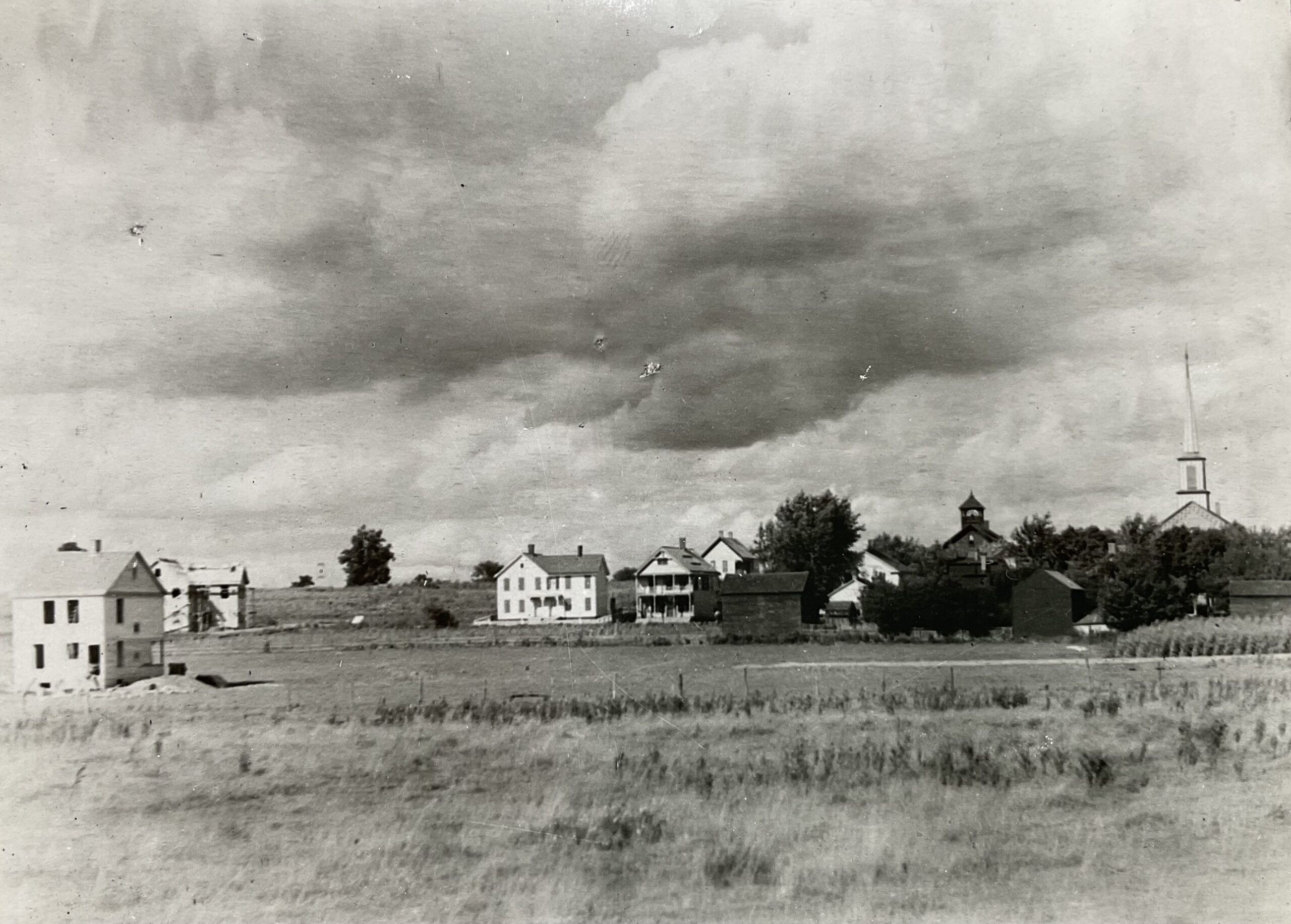 You can see the spire of the First Baptist Church (now City View Church with a much shorter steeple) and next to it the school house. Houses are just beginning to be built up, so the big gap between Scotia and Reeseville is much easier to imagine than it is today. Reeseville isn’t in the picture at all. There is no “Now” picture, because the view is all houses and big trees.

Next is the house/hotel (later an apartment called the Beehive) of Jim Reese, on Mohawk between Sacandaga and N. Reynolds. 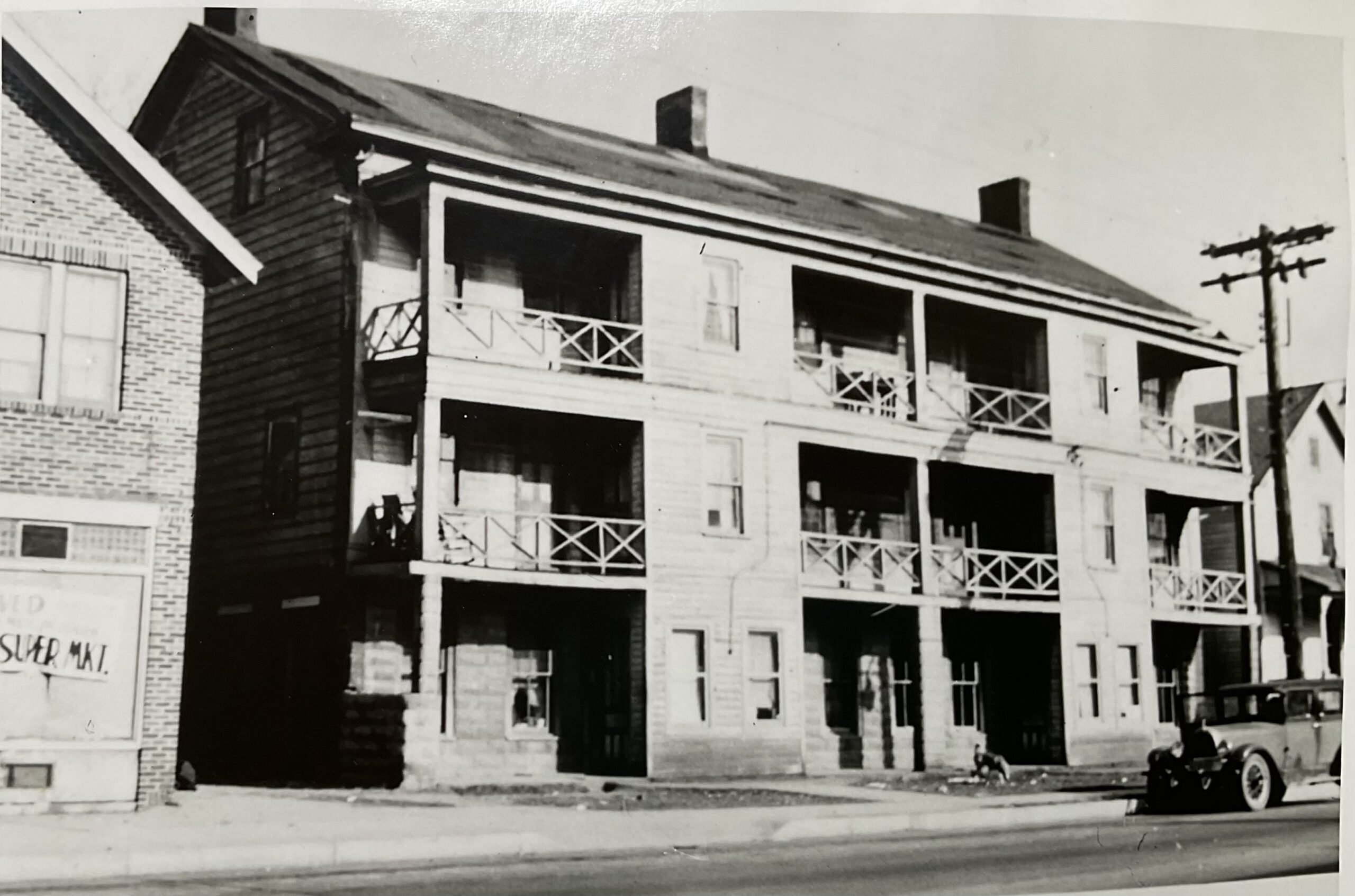 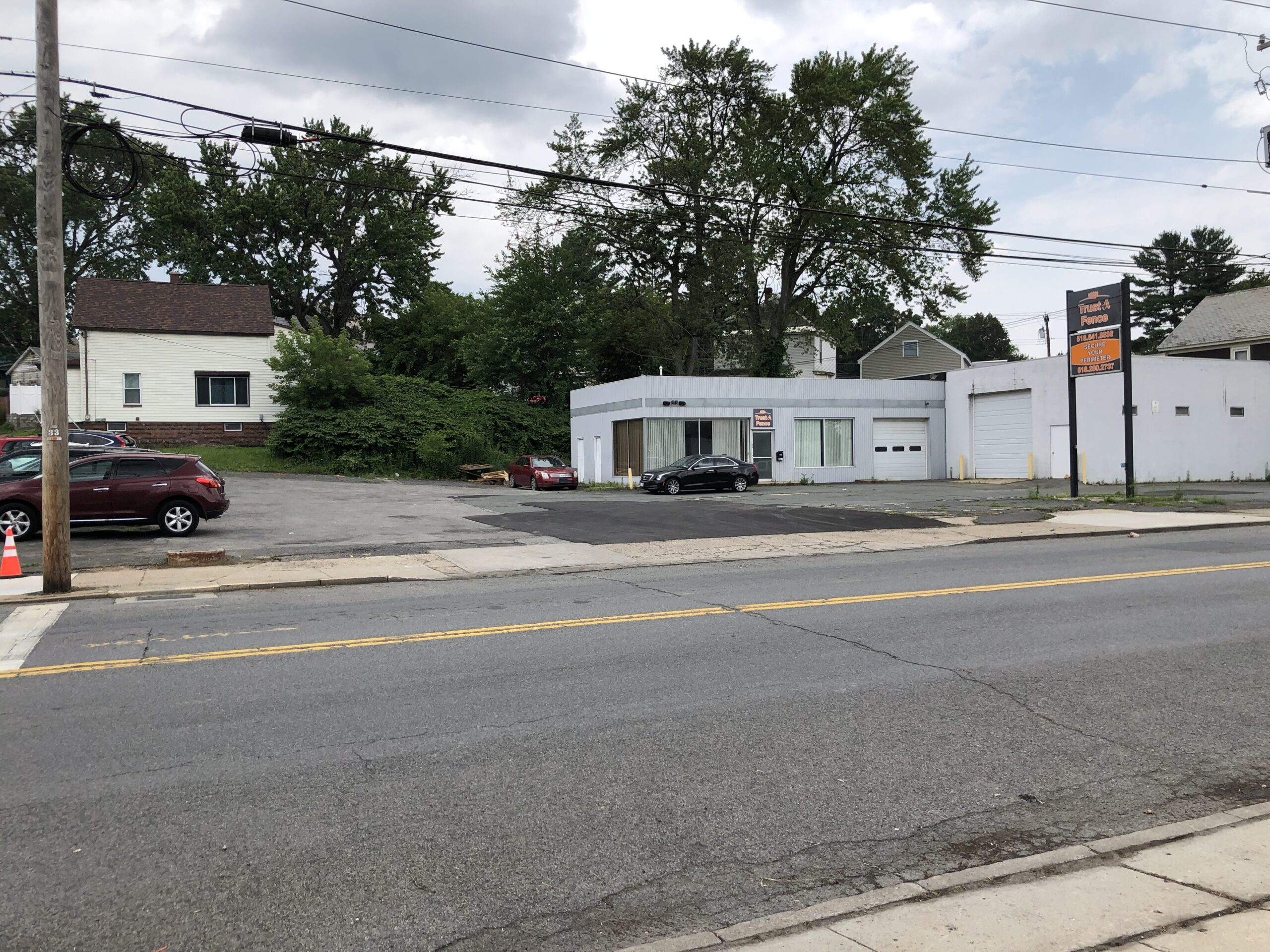 Then the Dave Reese house/hotel on the NW corner of Mohawk and N. Reynolds. 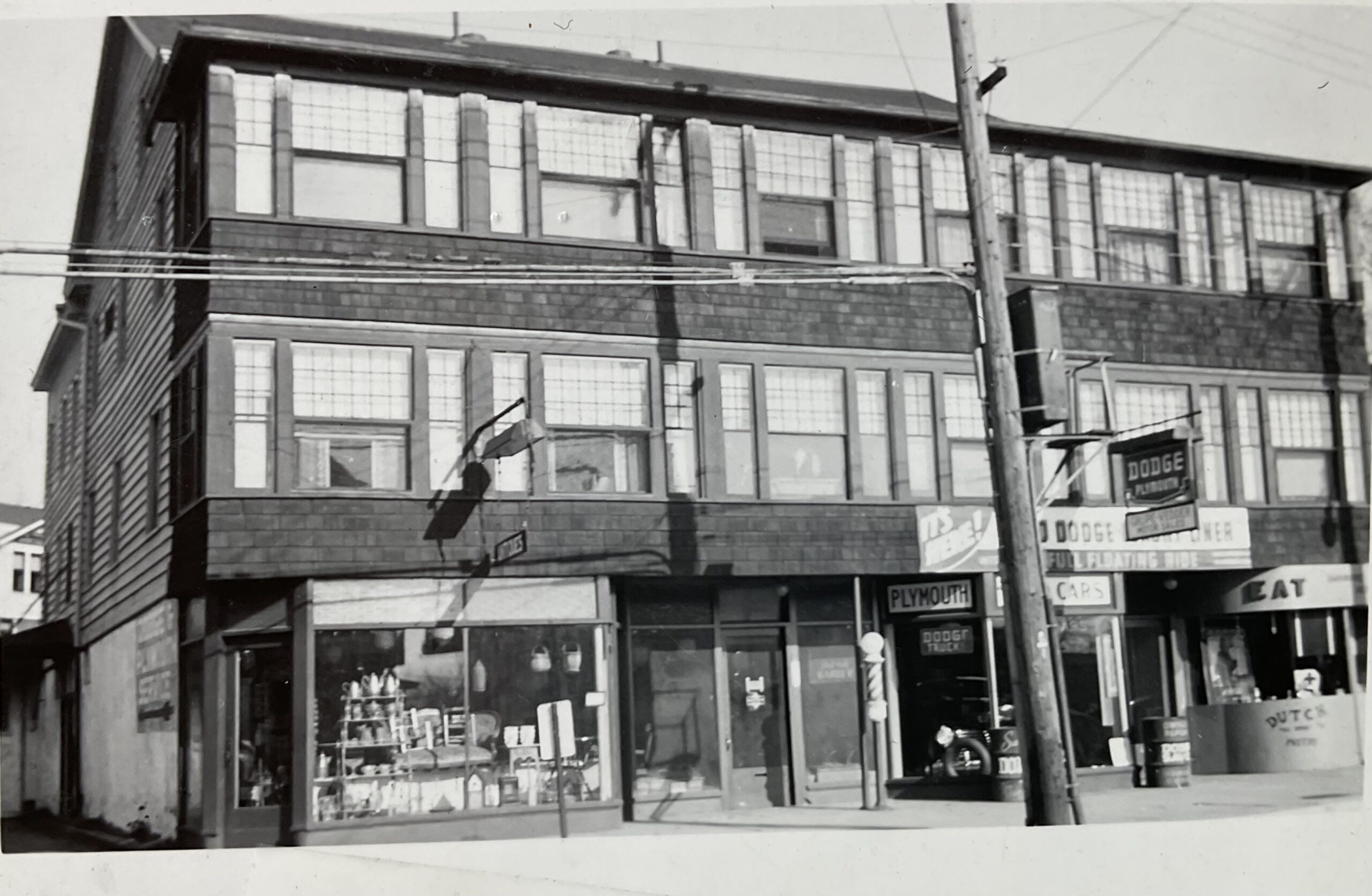 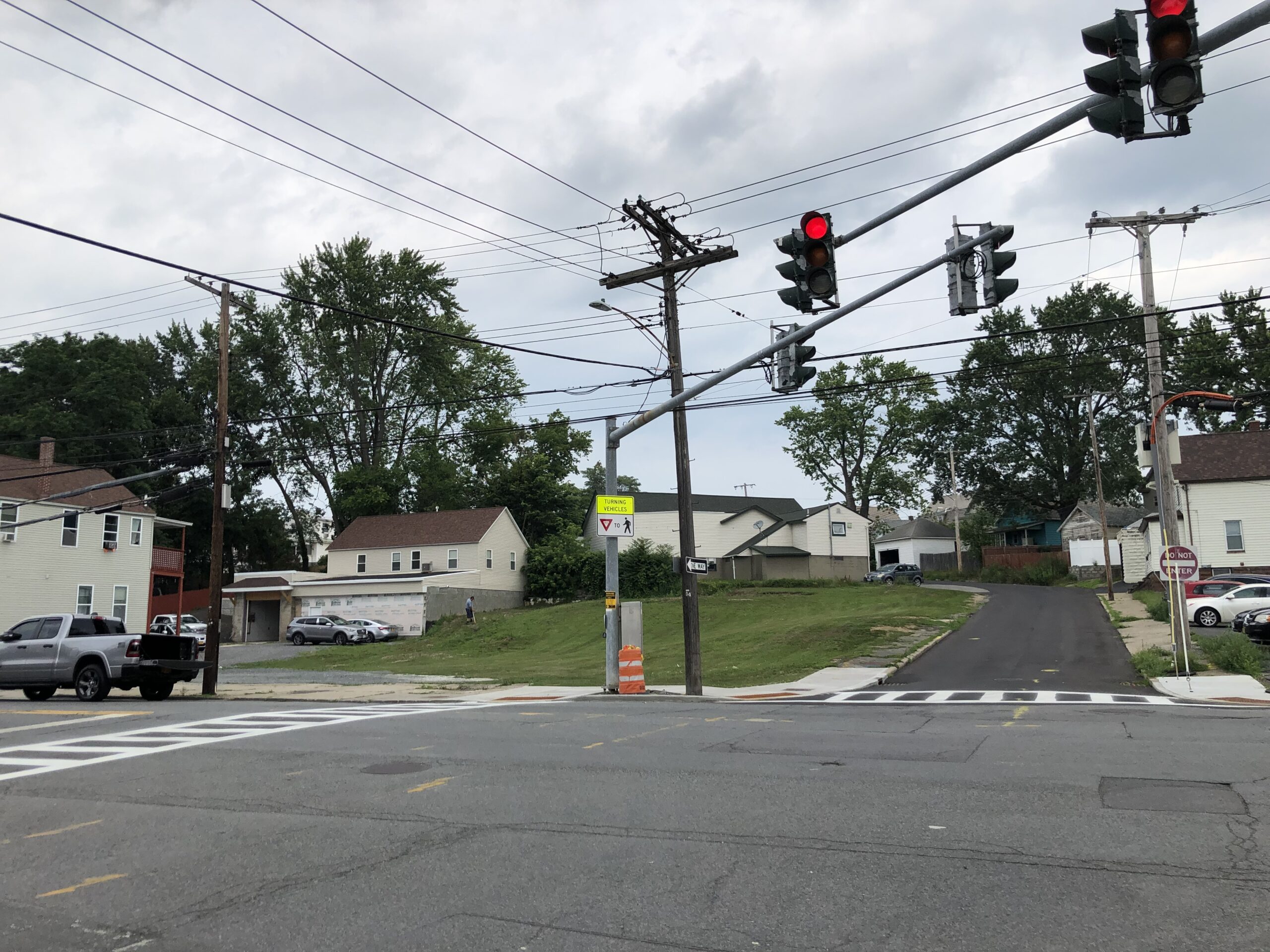 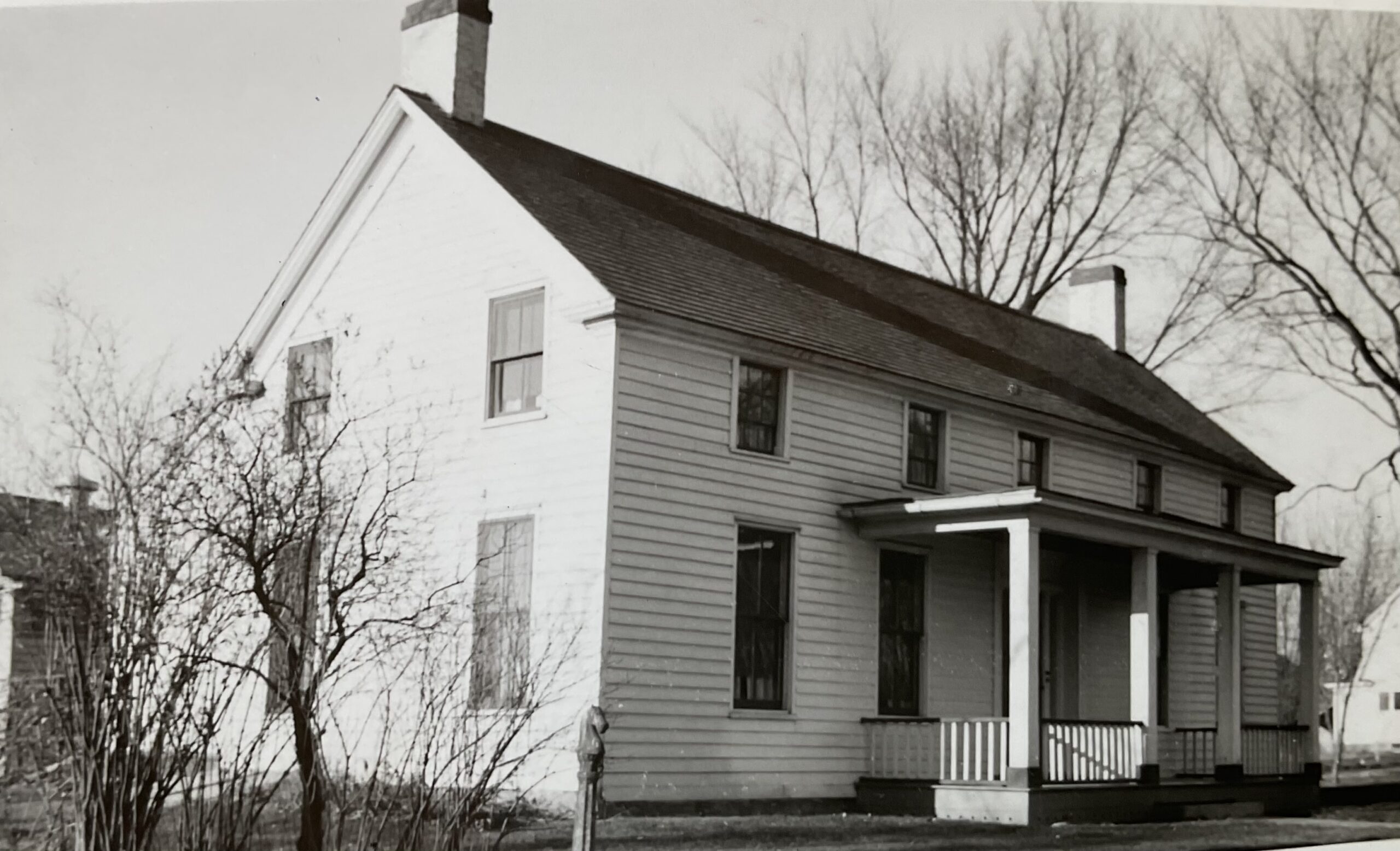 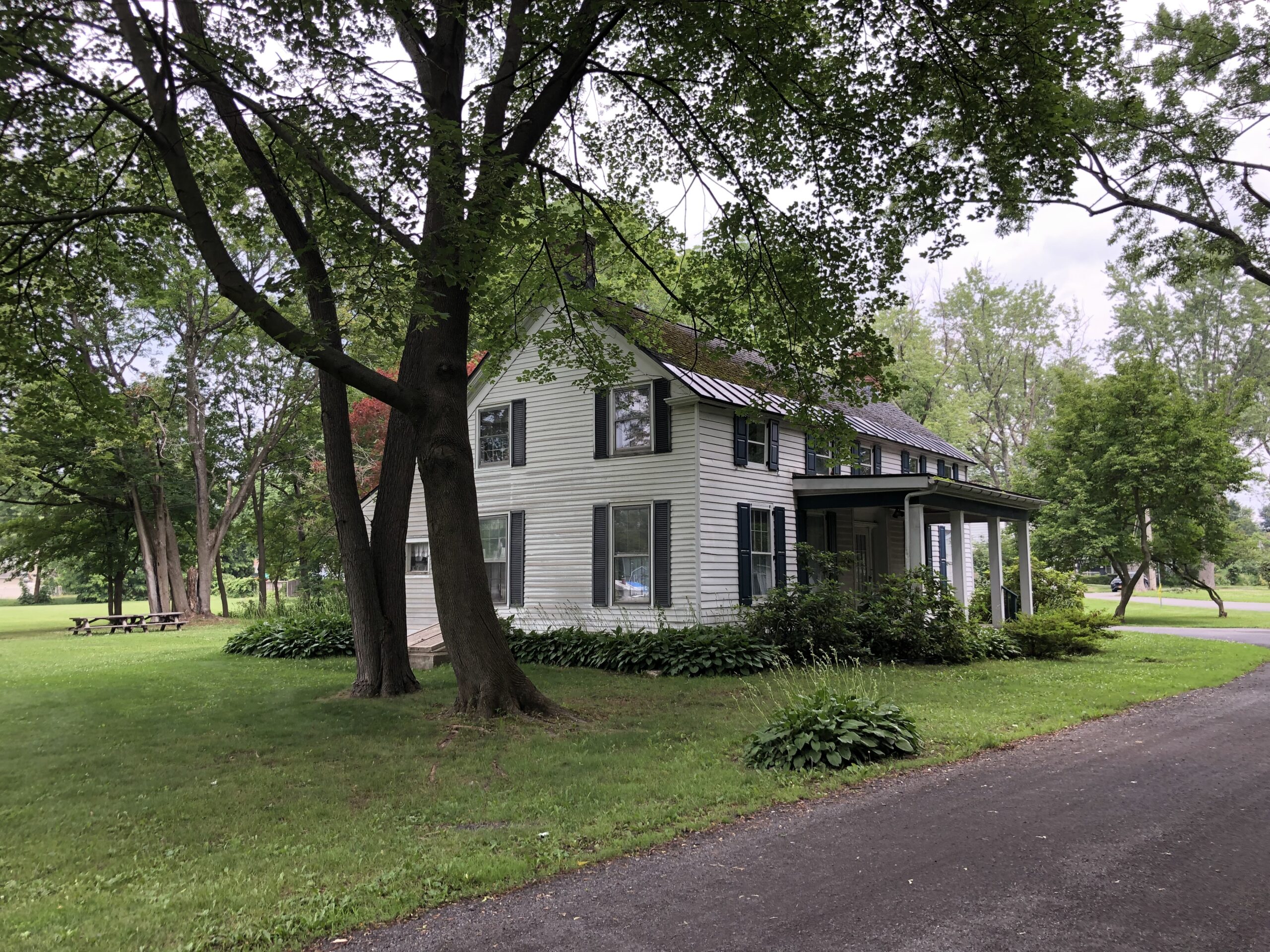 So far no pictures of the original Scotia one-room school on Sacandaga have been found, but there is a 1938 picture of the coal pocket. You can see that house is still there today. 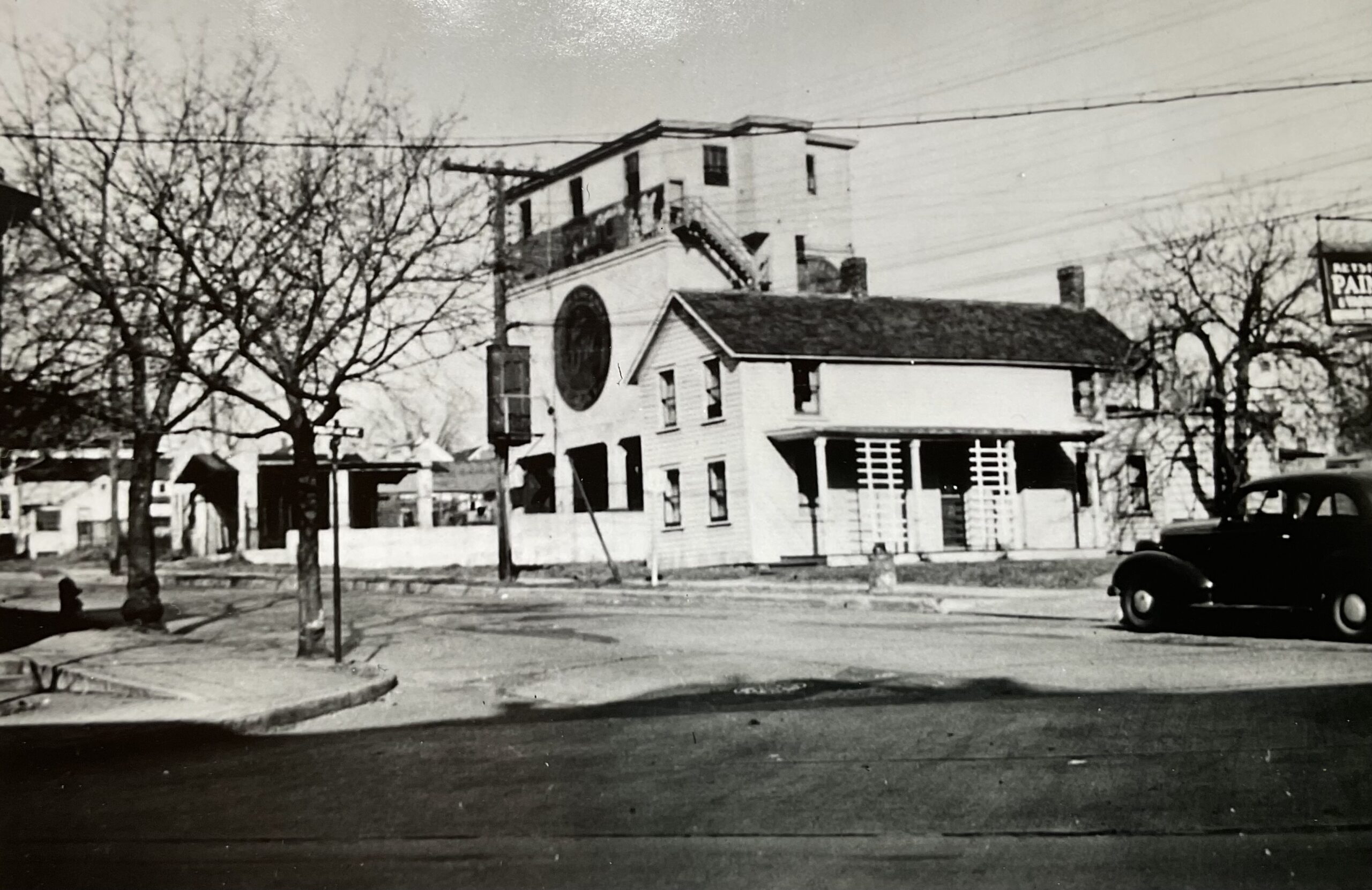 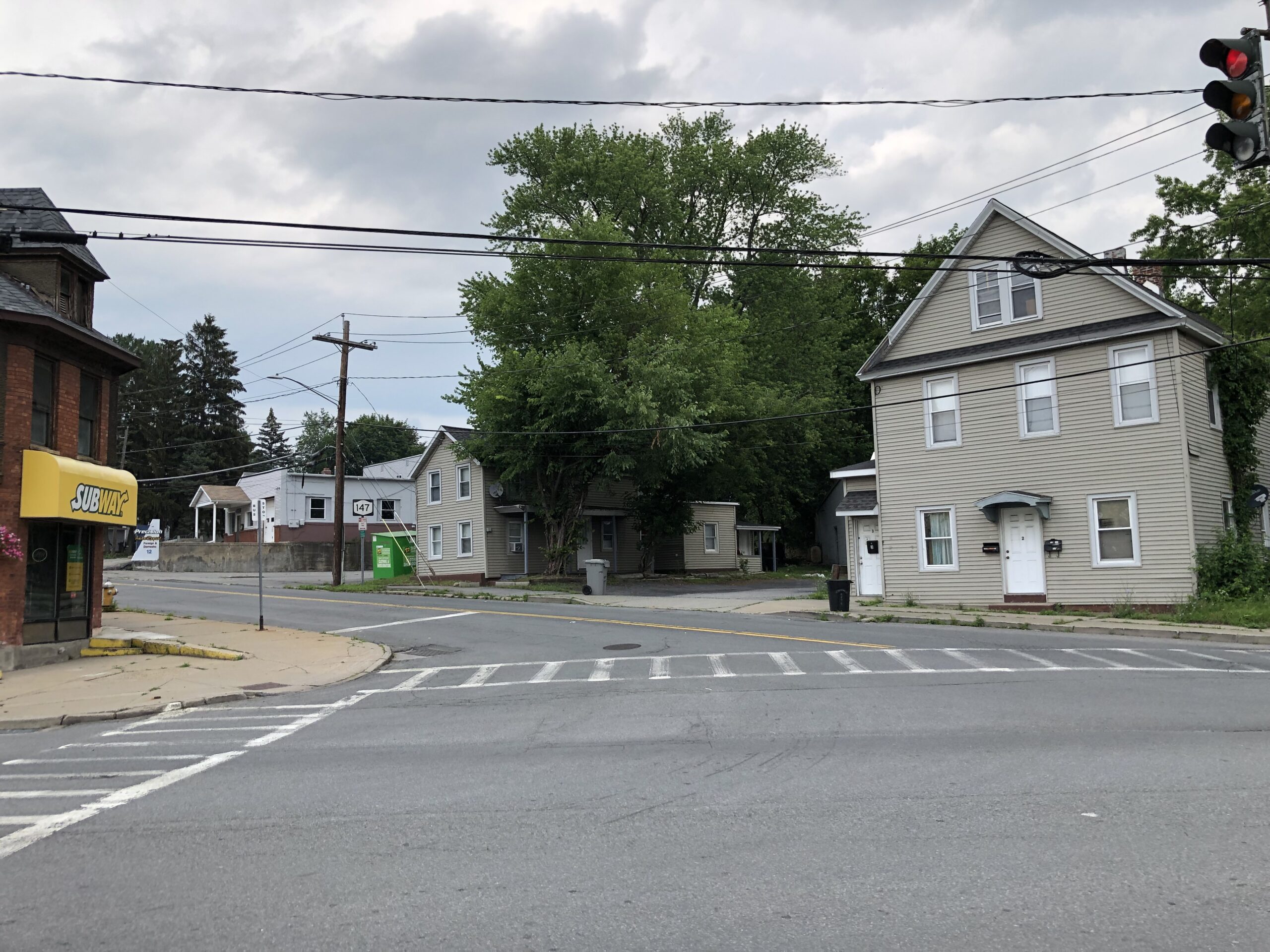 While the new school was being built in 1870, classes were held at “the Junction.” One source says that was at the old Cramer Hotel, later Slover’s Grocery, on the NW corner of Ballston and Mohawk. 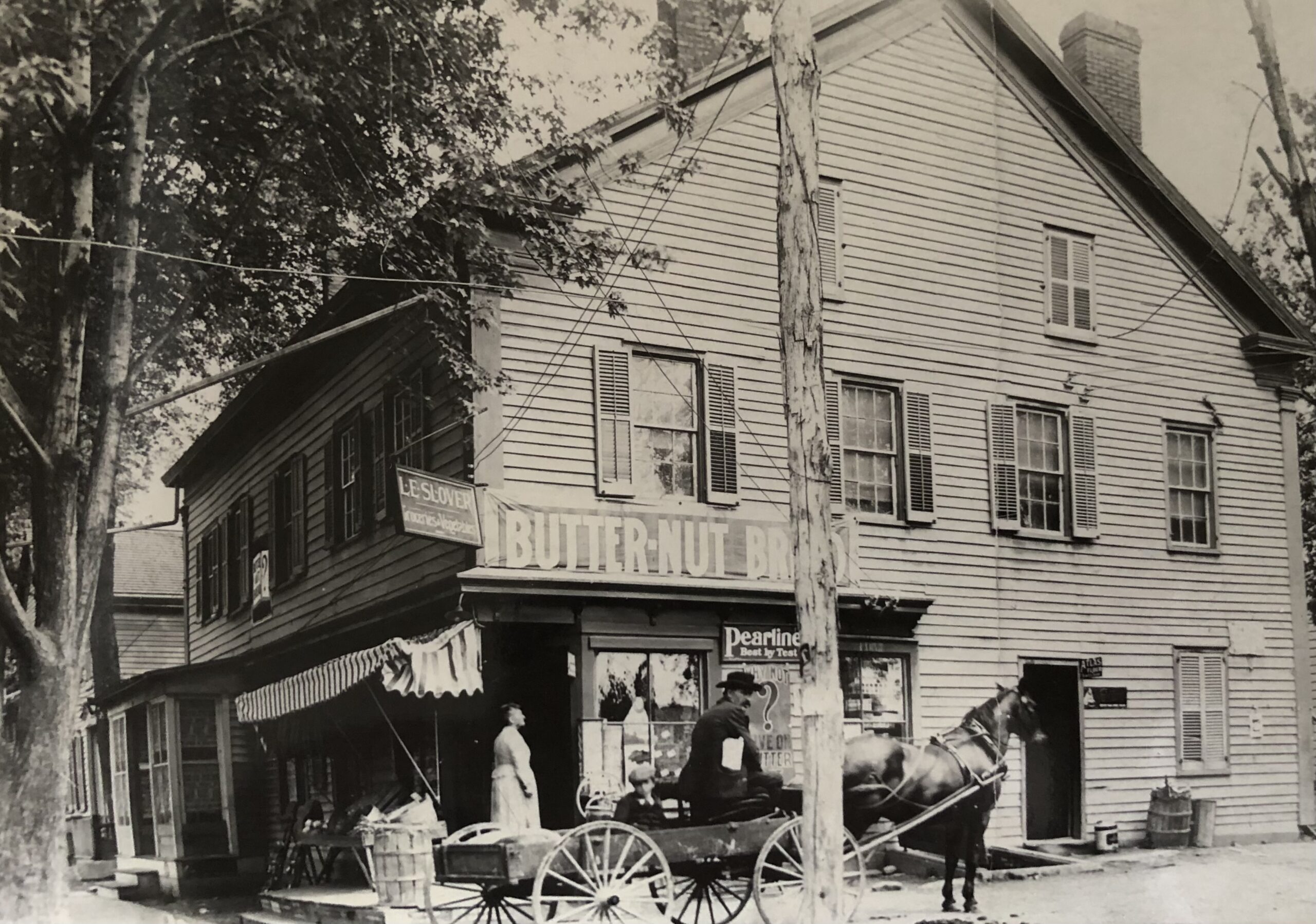 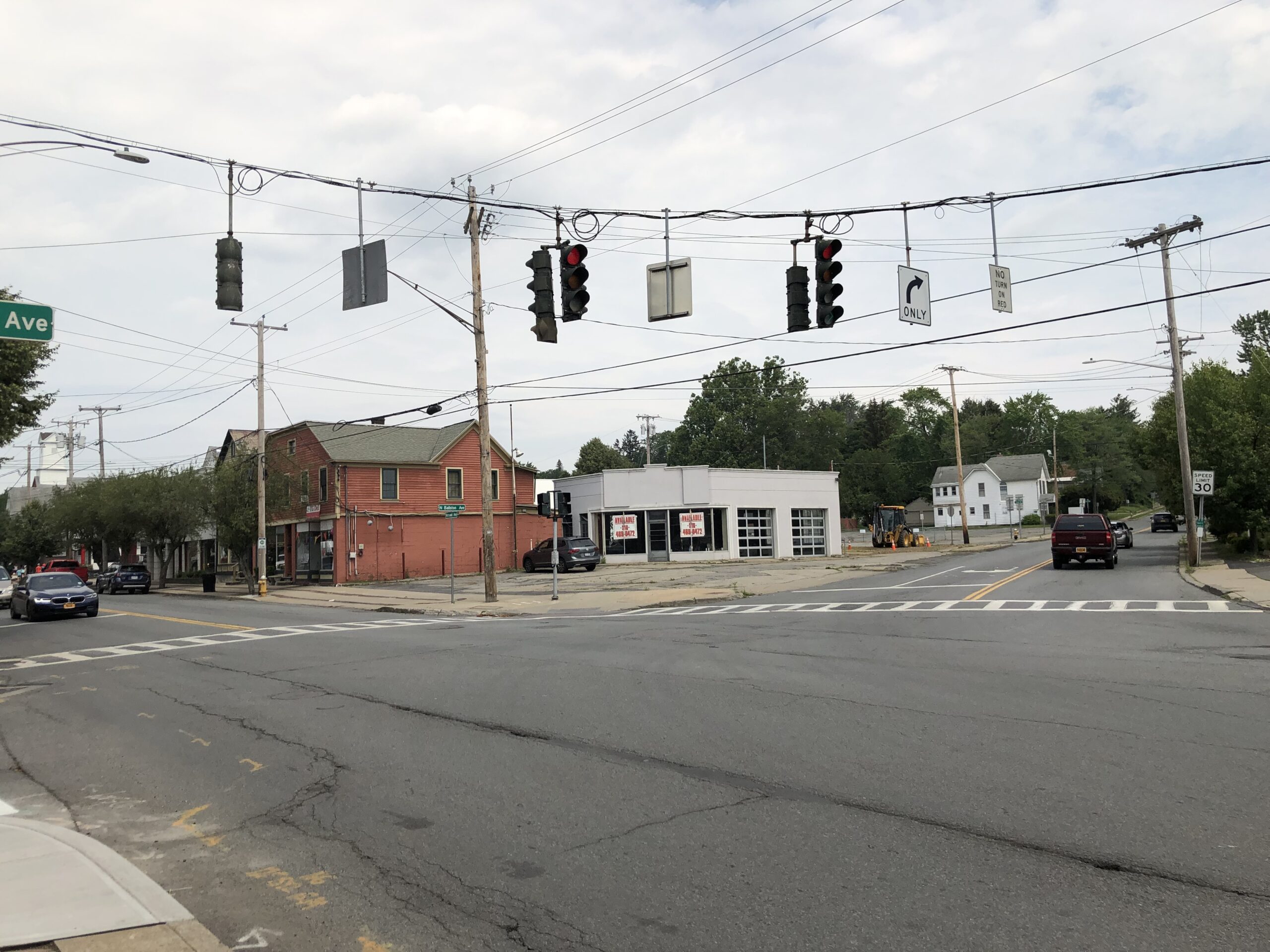 That new school you can also see in the first picture of this set, next to the church—here’s a closer view of that first Mohawk School (later Colonial Ice Cream). 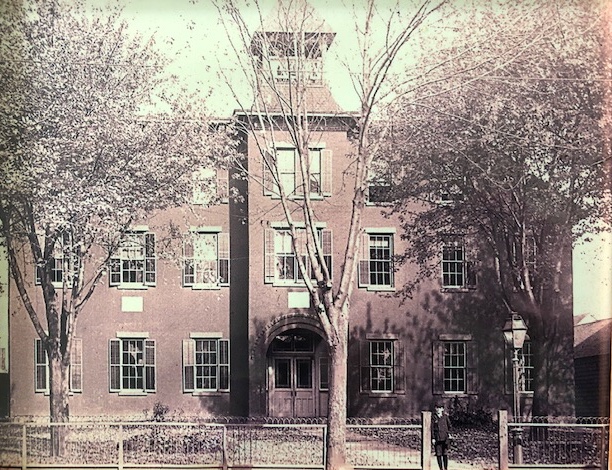 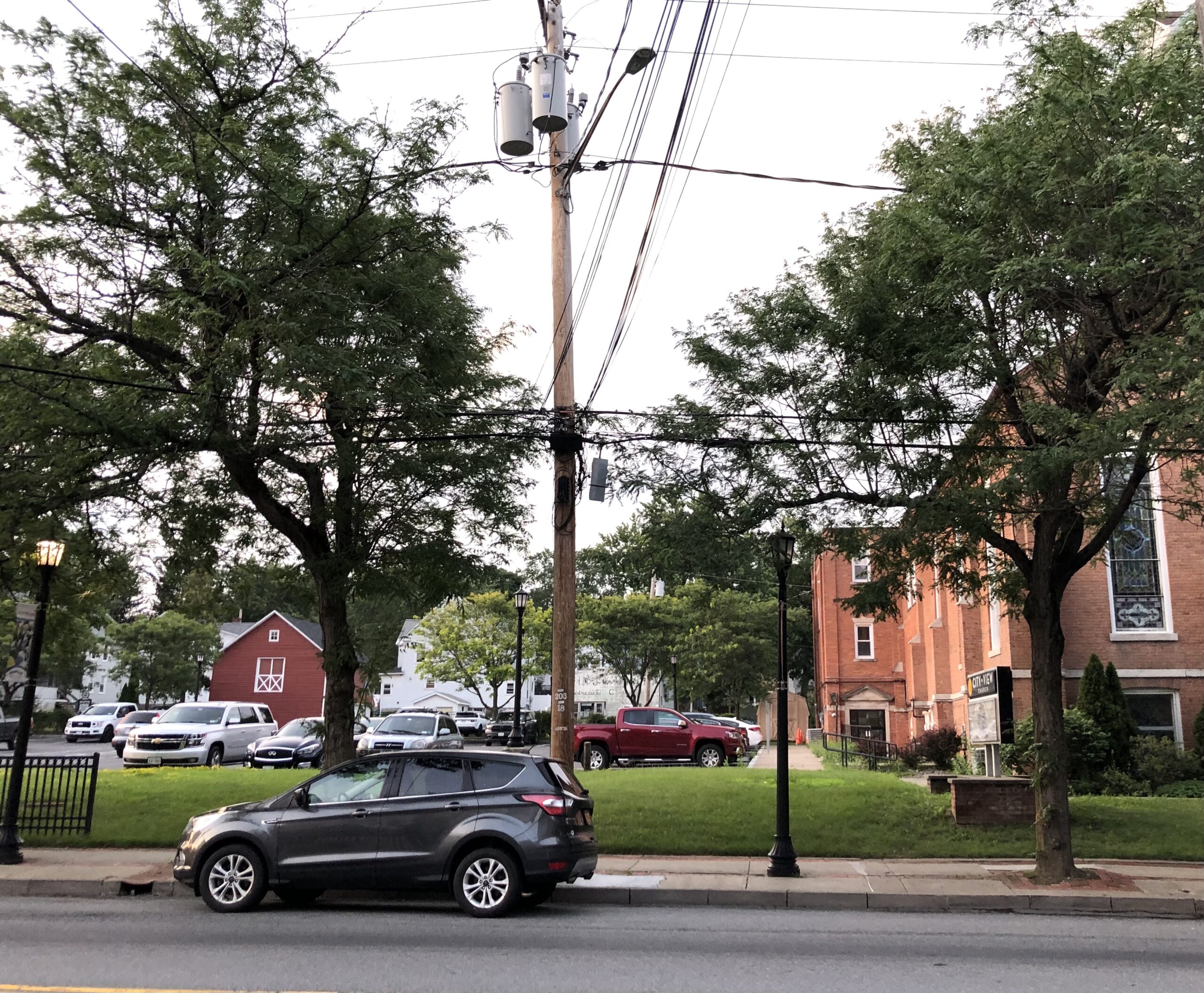 The article ends with a suggestion to drive through the villages of Charlton or Jonesville to see places reminiscent of the old Scotia. I checked them out and, despite the development on their outskirts, those villages have changed much less than Scotia through the years—Mr. Reynolds’ advice provides for an interesting excursion.

Next time: More about the Reese family