Some Notes on the Teddy Building

Home / Historian / Some Notes on the Teddy Building

Newcomers to Scotia might be surprised to see the building that stood on Mohawk Ave. where the CVS store/parking lot is now. Others may remember, fondly or not, the many other businesses that were there in later years. 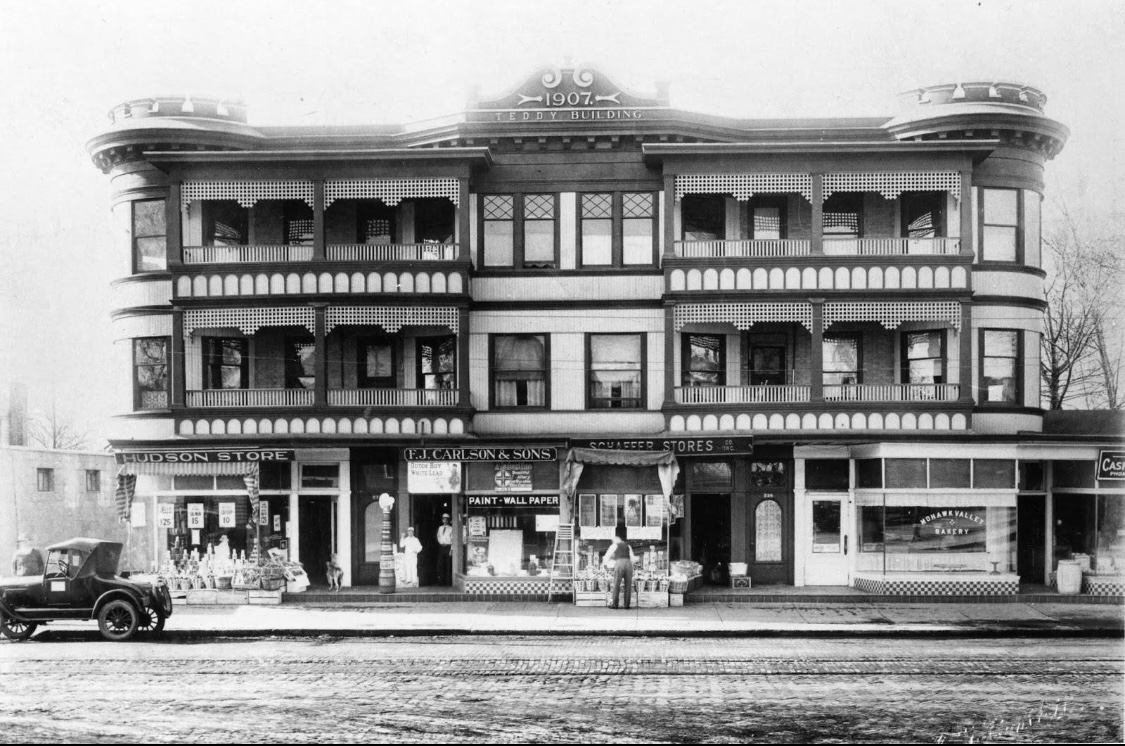 By the 1990s the building was in pretty poor shape and while I don’t have the exact date it was taken down, it was replaced by a Revco Drug Store in the summer of 1996.

In the files I found an edition of the Scotia News from 1907 which advertises both the new building and its owner, Max Schmidt. (Also in the clip are some fun facts about what a great place Scotia is to live.) 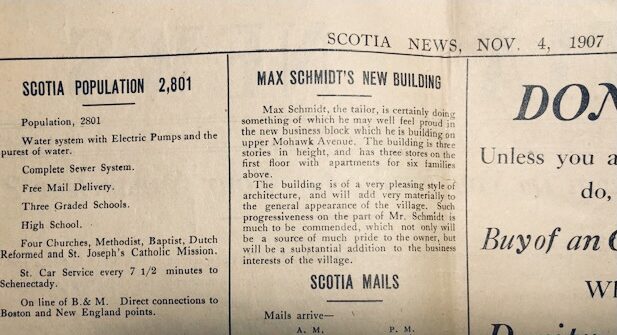 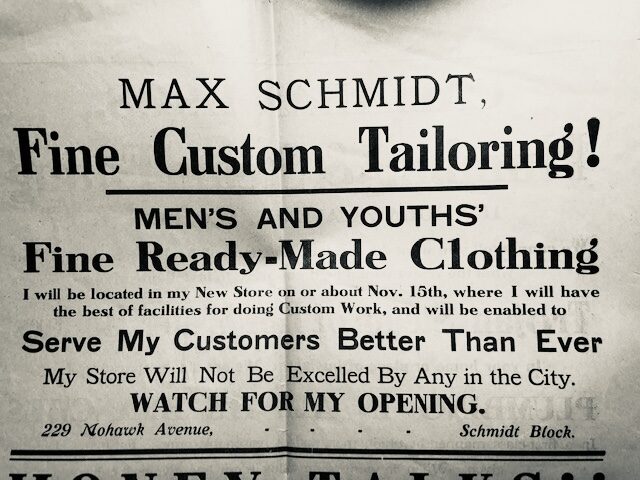 You can find other articles online and on Facebook about the building, but these clips give us a little more about its origin.

I still haven’t found out why it’s called the Teddy Building. You can see in the clippings it’s referred to as the Schmidt Block.

It’s also referred to as the Schmidt Block in a book about Scotia from 1914, a combination of promoting Scotia and a village directory listing residents and businesses. That book also tells us that Max, in addition to tailoring, ran a pool hall in the building, and that he and his family lived there.

One of my projects this past year has been digitizing and transcribing oral history tapes made in the 1960s, 70s, and 90s. Several residents in the 1970s mentioned the building, but always referred to it as the Schmidt Block.

Checking the 1905 and 1910 censuses, Max did have a son, Everett, but Teddy is not a typical nickname for that. Maybe another relative? Teddy Roosevelt was President in 1907, but is it likely the building was named after a famous person?

It may always be a mystery—but if you know why it is the Teddy Building, please get in touch! (Historian@villageofscotiany.gov)