Thinking about the dark?

Home / Historian / Thinking about the dark?

Thinking about how early it?s getting dark now? Before kerosene became an affordable fuel that gave a bright light?thanks to oil refining in Pennsylvania?which wasn?t until the 1860s, people experimented with many types of fuels and lamps to brighten up the evenings.?

Tallow candles, which could be made at home, were smelly and smoky. Beeswax was harder to get, but brighter. The paraffin wax candles, like we have today, came from refined crude oil, just like kerosene. But everyone used candles.

The pictures come from a wonderful demonstration of antique lighting at Hyde Hall on Otsego Lake. Since this house was built in the 1830s, about the same time as the Flint House, these were the types of lamps that the Reese family might have used. As well-off farmers, they could no doubt afford many of the more exotic and expensive items.

Most utilitarian were the lamps using lard as fuel; the more elegant?and brighter?used vegetable oils and whale oils. Argand lamps used a new type of burner, as well as the glass chimney, to provide a steadier and brighter flame.

In the 1830s burning fluid, called camphine (sometimes spelled camphene), a combination of turpentine and alcohol, was invented. It gave a bright light, but was also prone to exploding and injured people. Still, it was very popular, and a new type of lamp was invented for this fuel. These had two wicks set at an angle (like two little horns) to minimize some of the risks, and they had little metal caps to extinguish them so you didn?t have to blow them out.

The main part of camphine was alcohol that was supplied by distilleries, which kept them in business no matter how much liquor people were drinking.

In the first photo you can see the flame in the Argand lamp. A whale oil lamp, with a single wick, is just to the right of the candle.

The second photo shows the angled wicks of the camphine lamp burning on the left.

For more info try https://aoghs.org/products/camphene-to-kerosene-lamps/, or Wikipedia is always good for this kind of general information. 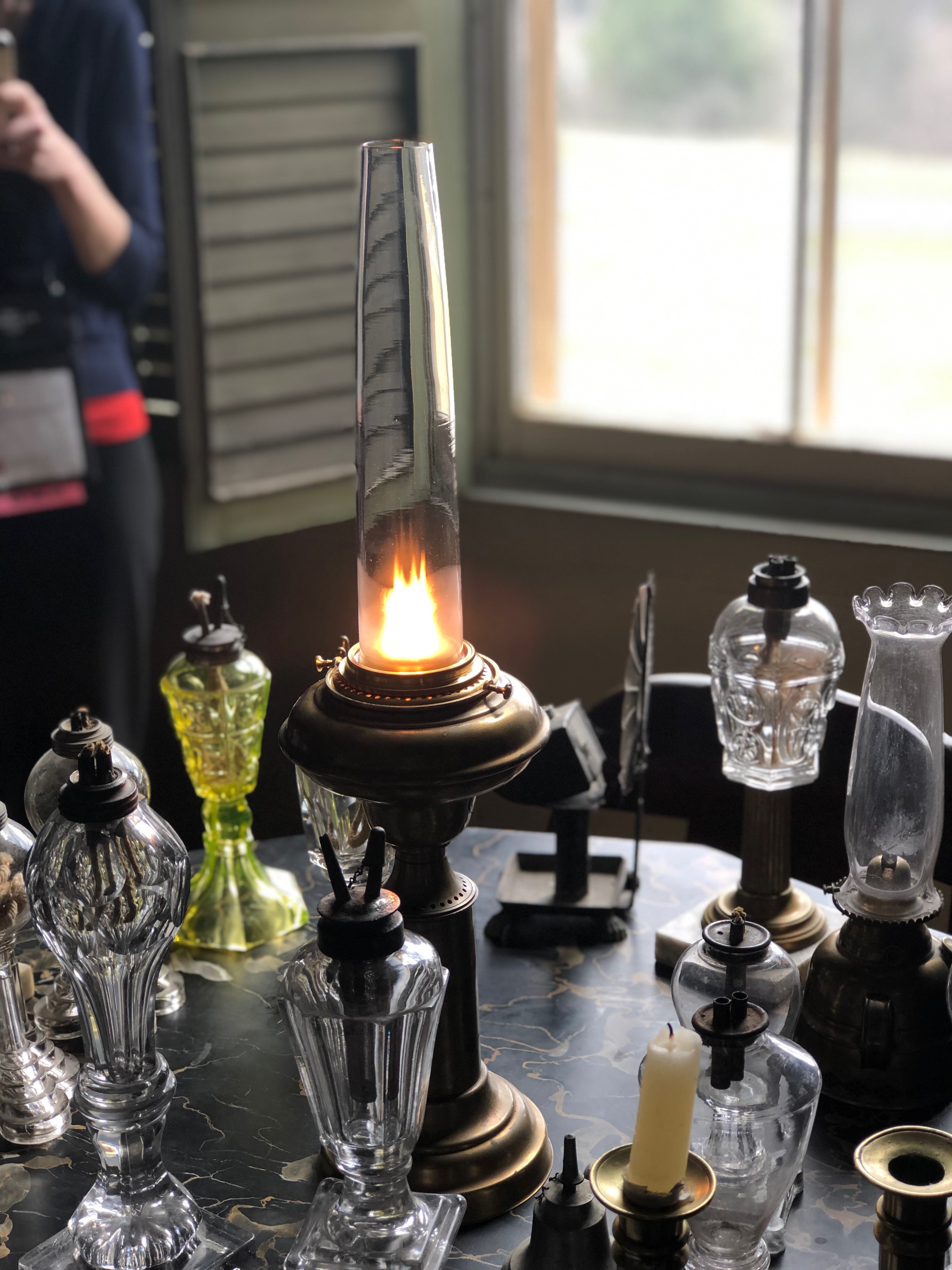 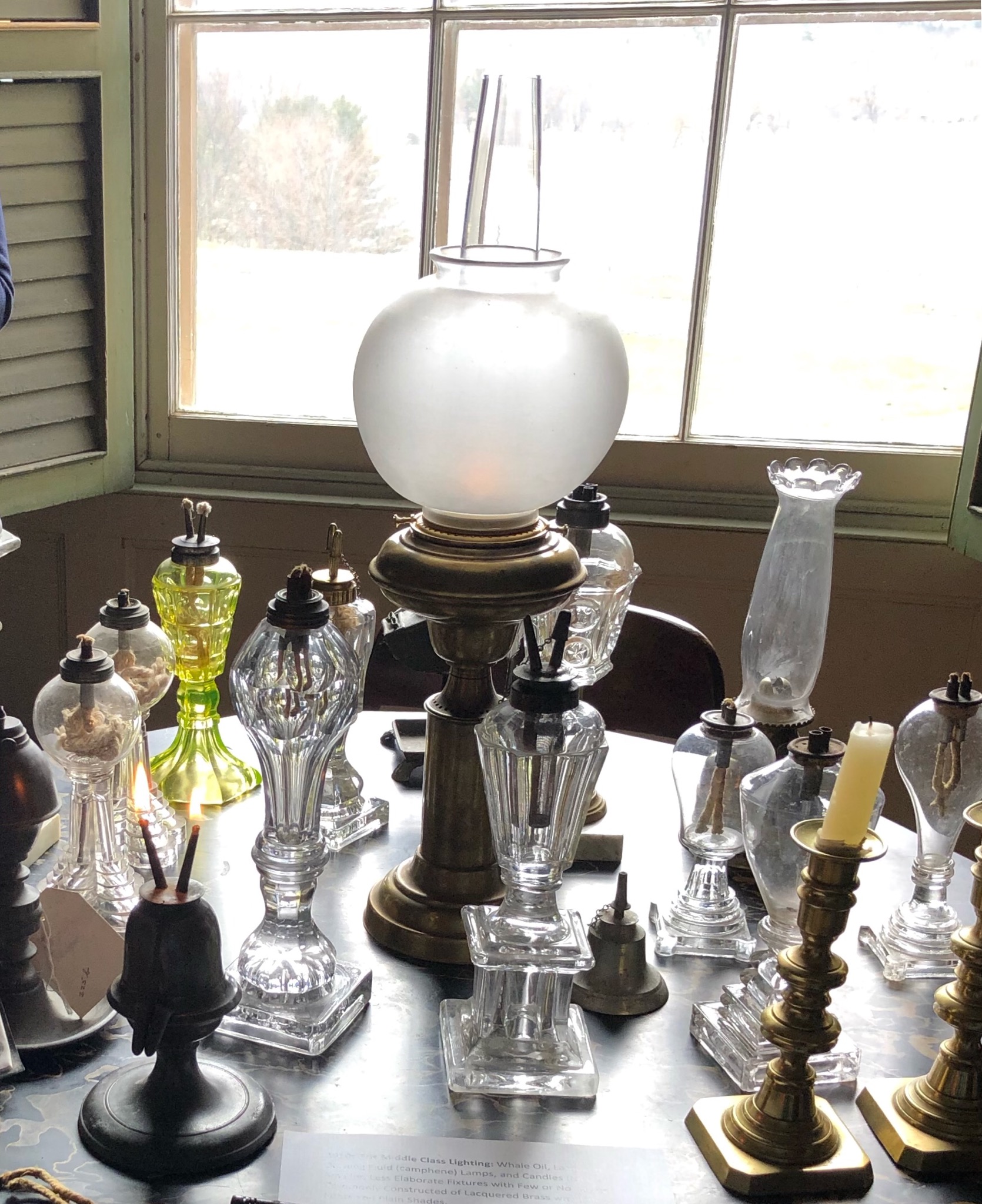